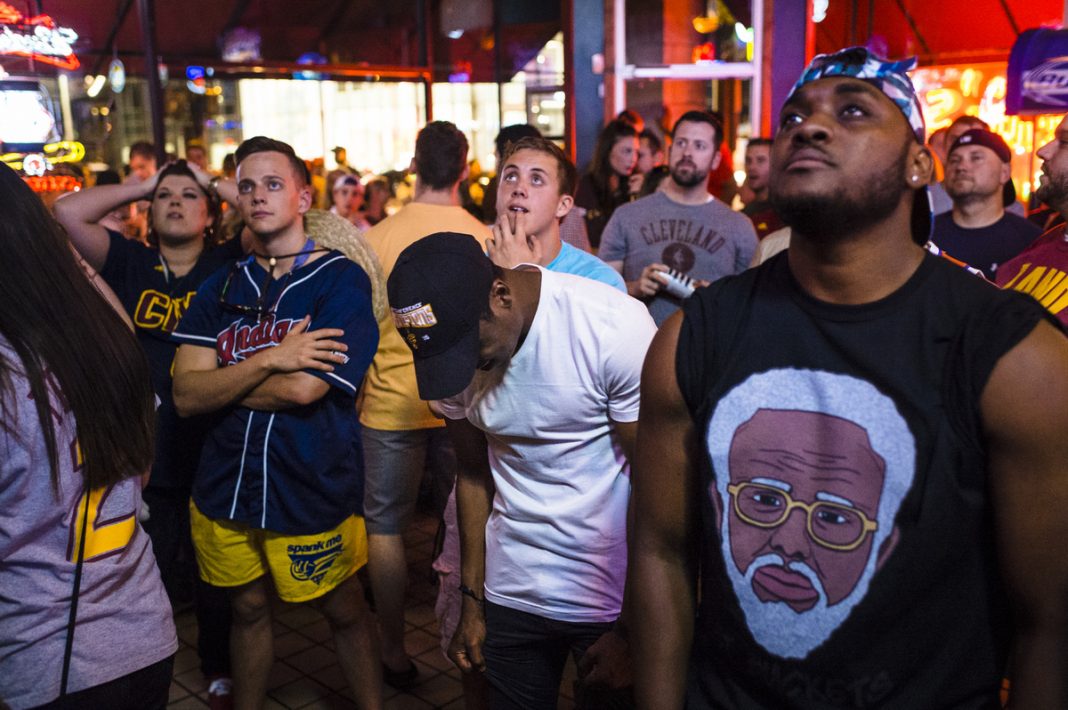 CLEVELAND, Ohio – Hell has frozen over, pigs have flown, and my kids have cleaned their bedrooms without prompting. Cleveland finally has a major sports championship and her fans can ride off into the sunset as their biggest dreams have finally come to fruition, yes?

Wait, that’s not how any of this works. Northeast Ohioans are on unfamiliar ground all of the sudden. They knew life was tough after ‘The Drive’, ‘The Fumble’, ‘The Shot’, ‘The Strikezone’, Jose Mesa’, and ‘The Decision’, but never had any training on how to act after ‘The Three’, and ‘The Block’. They jumped up and down and screamed from the top of their lungs but didn’t even know they were supposed to flip over cars and set storefronts on fire… amateurs.

Waking up the next day is the cruelest reality of all. It is Monday and time to go to work. Is this what happens in other cities? You just wake up and continue your life? Cleveland residents finally understand the answer to those questions and it is really hitting home.

I had an opportunity to speak with a Cavaliers season ticket holder from Parma, Ohio (Angelo Koska) who is living this nightmare today. He seems happy but confused by the events of the last 24 hours.

I never thought this would happen so I never really considered what comes next. I guess the players get time off to drink and do late night talk shows but what about us? We were part if this and we have to work today? This sucks!

Added to his post-championship depression are the annoyances of hundreds of other die-hard fans coming into his dollar store looking for championship memorabilia. He just leans against the counter with his head in his hands not knowing why he is being traumatized by victory.

Is this what other cities have gone through? It just doesn’t make sense. I truely believed winning a title would bring closure. I am happy about winning last night but then today happened. I suppose I need to start worrying about the Indians again. Championships don’t bring real closure fan fans I guess. Time to carry on.

After 52 years of failed  championship bids, Cleveland finally has her first taste of Post Championship Depression Syndrome (PCDS) and her citizens must learn to deal with the feelings and trappings of winning. Don’t worry too much about them, however, as Browns season starts in less than two months. That should be enough to remind us all of who we are and how we truly should feel.