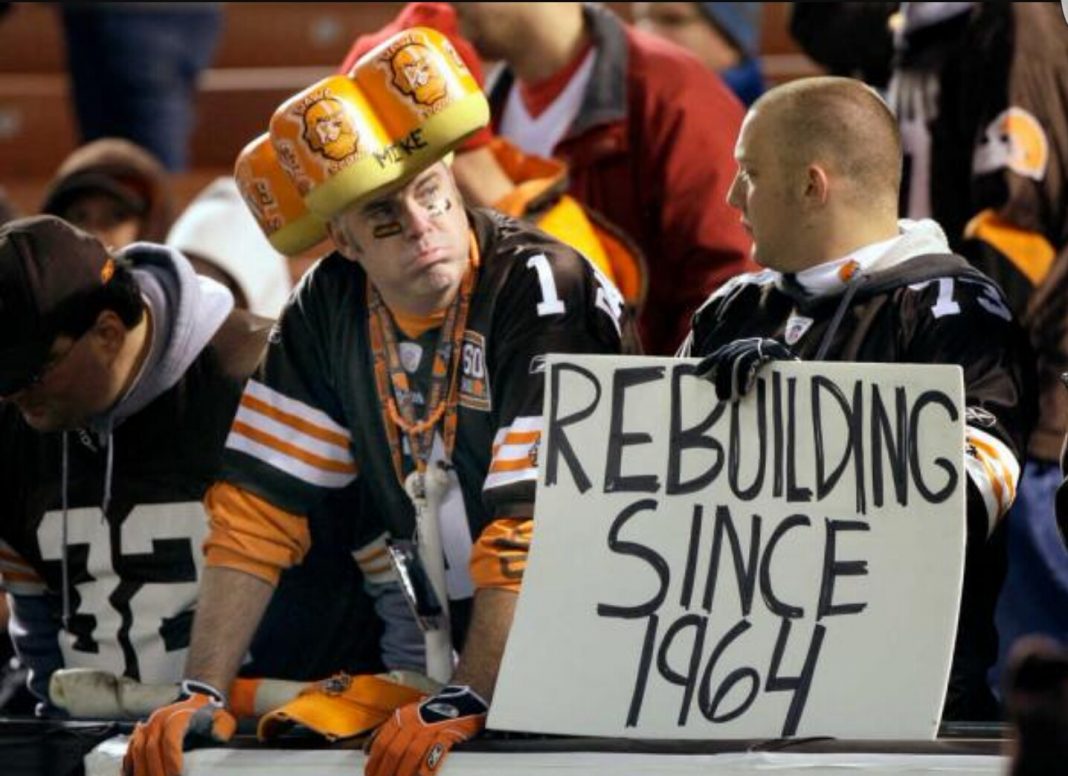 Why do some of us grow up with such amazing abilities to adapt to any of the horrors in our environment? Where do the differences lie between people who put a gun to their own head after a divorce and those who simply smile and walk away with their dignity intact?  Can sports be the missing link between those who suffer depression due to life’s disappointments and those who remain consistently even-tempered over time? One Midwest city is trying to answer these questions.

There is a significant amount of scientific evidence to support the notion that raising your child as a Cleveland Browns fan will inoculate him against future disappointment.  That’s the theory proposed by the Cleveland Sports Psychology Center, in Cleveland, OH.  We spoke with several psychologists at the center and learned the truth about the psychology of disappointment. 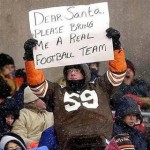 As it turns out, many in the modern society of participation trophies and self-esteem coddling never learn what it means to be associated with losing and loserdom until it’s too late.  By the time they realize that they are, in fact, losers, they already have a shitty fast food job that’s too hard for them, covers them in vegetable oil burns, and convinces them that their unique skill set entitles them to $15 an hour.  This is never the case with those raised in the Cleveland Browns franchise area.  This NFL team has never won (except for that one fluke).  They likely never will again.  Dr. Peter Hurtz of the CSPC weighed in on their findings.

The Browns have a long tradition of stupid decisions, from choices of quarterbacks, to giving up first round picks for more leftover picks.  They just keep doing the wrong thing, and there’s no end in sight.  The one thing that remains constant is the fact that they have a loyal fan-base who identify with the pain of losing.  Every winter is the winter of their discontent. 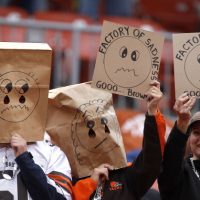 He likened being a Browns fan to the character Sue from the Johnny Cash song, “A Boy Named Sue.”  For those not familiar, a boy is raised by his mother with the unfortunate name ‘Sue’ and needs to spend his whole life fighting with the people who make fun of him as a result.

In the song, he spends his whole life looking for his father and eventually meets him in a bar.  They fight, but he comes away with a different viewpoint, and lets his father live.  Sadly, there is no one for the Browns fan to blame, no one to beat up in a bar, and no one they can choose whether or not to kill. They just trudge through their whole existence, miserable and unable to reconcile their fandom with the reality that their team is utterly unworthy of it.

People in Cleveland can weather disappointment so much better than the rest of the world, psychologists have termed this the Cleveland Effect.  Essentially nothing can phase them.  From the loss of a loved one to not get a promotion to divorce, even loss of a limb, and they just keep moving.  Yes, they’re disappointed, but they deal with it better than anyone else in the world.  The reason it’s the Cleveland Effect and not the Browns effect is that Cleveland sports are all equally terrible.

Cleveland really thought they had a shot with the whole LeBron thing.  Sadly, we all knew it wouldn’t quite get the job done, and the Cavs fans would end up disappointed again.  The Indians are not much better. Victims of the umpires in 95 and an amazing comeback in 97, missing the World Series after a 3-1 games lead in 07, and never going back.  They don’t even have a Bambino to blame for the curse, just the general suckiness of the whole area.

Compare this loserdom with the goings on in the middle of the state in Columbus, and it seems like a different world.  Ohio State fans (for those not from the area, that means ‘winners’), have no clue how to cope with loss or grief because their teams seldom lose.

The moral to the story is if you want your kids to be immune from the societal malaise that affects the children who never had to face the fact that they suck just as bad as everyone else, raise them to be Cleveland sports fans.  They’ll be able to accept getting berated by bosses, or having terrible employees.  They’ll be OK with last place, and never do anything to rock any boat, anywhere.  It’s just good for society, and nothing can be safer.

The Importance of Safety Mindset