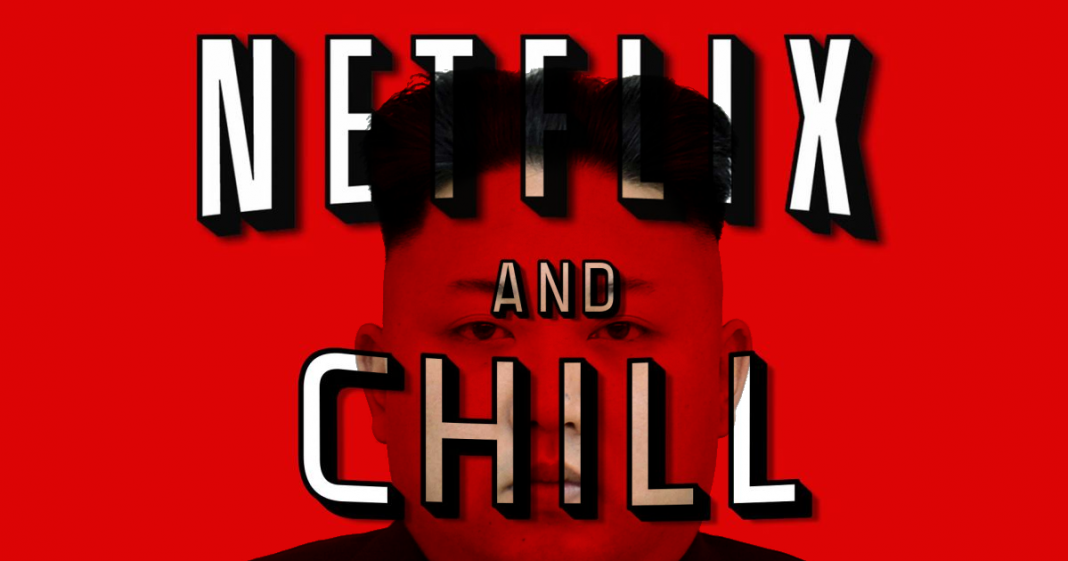 North Korea’s supreme leader Kim Jong-Un has released a safety video to his people entitled “Netflix and Chill Why America is the Devil.” Though Netflix is illegal in his country the self-described founder of Netflix and Chill (Un) gives a clear public service announcement on ways to remain safe while undertaking this illegal activity.

Says Un, “I invent Netflix and chill to show the world the greatness of the Korean people. Now world make my invention unsafe. Death to America! Fonzie is white devil!” Un went on to say, “All Americans are corrupt especially Mr. Miyagi. I beat him up in Japan when I was child. Was very good.” When reached for comment Mr. Miyagi stated, “He (Un) like leaves on tree. Fall in my yard good, fall in neighbor yard very good, fall in pool need net on long stick very bad.”

Un who is already the most successful recording artist in North Korea has been working to increase the popularity of his video by adding his own rendition of the Neil Diamond classic “Sweet Caroline”.

Says Un, “Nobody sing like me. I am the Madonna of the Korea’s. Death to America and the Fonzie. When I hit Juke Box music play too. White devil cowboy Fonzie.”

We have set our safety hackers on obtaining a copy of this video, however, the PRK has an extensive firewalling system.  Spokespeople for the PRK have stated that the firewall technology they use is, “…far superior to that of Chinese, or any country.”  They went on to say, “Our dear leader has invented the most sacred firewalls, to compliment his invention of Internet.”  As a result of such superior firewall technology, it is unclear whether our inferior hacking team will be successful in obtaining the video.