Home Science Bibles, Qurans, and AR-15s, Oh My! Part One 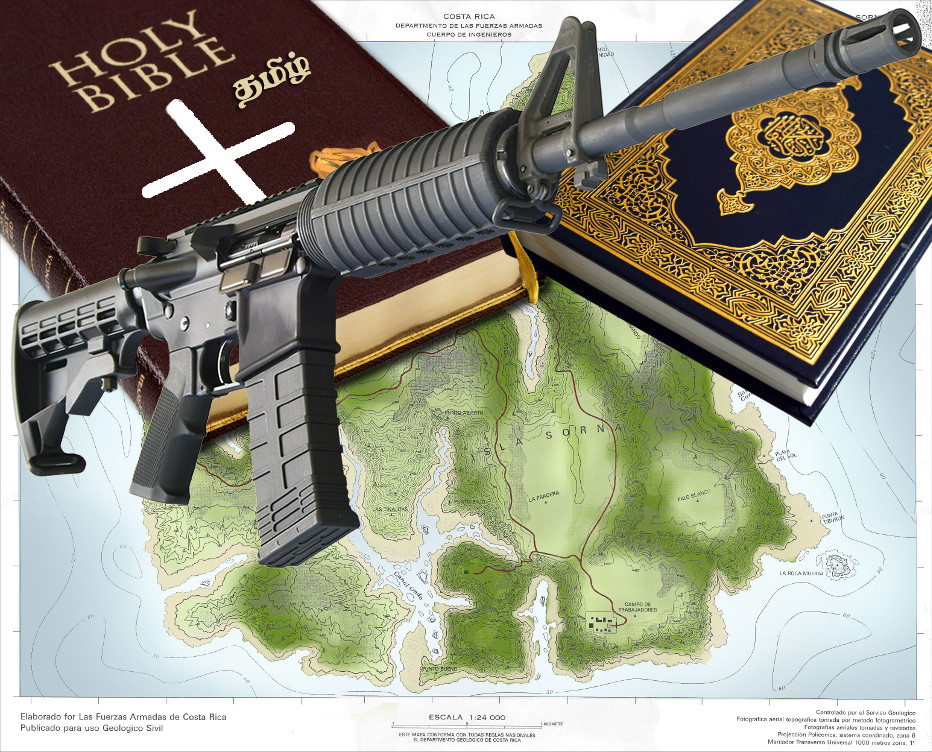 ISLA SORNA – Life is inherently full of dangerous things that strive to hurt and kill us. We have been confronted lately by, according to main street media, the three biggest culprits of disaster and mayhem working with, and against each other. These three inanimate doom initiators are The Christian Bible, The Islamic Quran, and the AR-15 Rifle (which some claim is an assault rifle but that is another article). I am sure most of you have asked yourself, like me, which is the most dangerous of the three? I sought out to get an answer and the results of the search were mind-blowing. 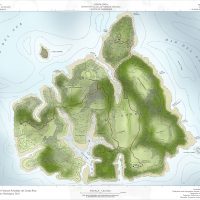 I paid a king’s ransom to rent a block of acreage on a remote island called Isla Sorna. According to dinosaur legend, it is the only place on Earth that can handle such an experiment. I took two dozen Qurans, two dozen Bibles, and two dozen AR-15’s which were strewn across the would-be battlefield. I then fled back to Costa Rica before the carnage began. I remained set in place for 2 weeks of anticipation and anxiety, totally unable to patiently wait to return to Isla Sorna to see who the winner would be. I spent most of those two weeks playing out the battle in my mind. Each time I predicted a winner I quickly backed out of that guess because of the potency of the other two man-made warriors.

When I returned, I was shocked at my findings and baffled by a real lack of a winner. Every single piece I set upon the Island remained intact and unmolested. How can this be? These are the most dangerous objects on Earth and they spent two weeks all alone on an island Not a single one of these objects was harmed or destroyed.

With tears in my eyes, I called a former anthropology professor to see if he could identify the problem. Without hesitation, he insisted that my research lacked the most important ingredient… assholes. Assholes, I asked. Yes, assholes he advised. He insisted that assholes are the variable that makes the other three components viable. How am I supposed to find a bunch of assholes in America?

Back to the drawing board, I guess.