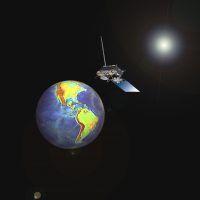 The announcement of the HOES (Human Oriented Excursion Satellite) family of satellites will track the mass movements of people.  Partnered with major mobile phone providers and big data from Facebook/ Instagram and Twitter, NOAA hopes to be able to track mass movements and specific individual characteristics from space.  The database will update in near-real-time and allow users to drill down to a block-by-block level of people’s movements

Bear with us because this next bit will get a little technical.  The way it works at a very high level is, the satellites track mobile phones.  The beauty of the program, however, is that it never attributes any data to a specific user but can pinpoint users.  The data is bounced off Instagram and Facebook to give a better picture of the movements.  If people are traveling for fun, it’s almost certain to give an uptick in traffic and hashtags to those sites.  Given the case study of figuring out which clubs are ‘poppin’ one would simply need to observe the heat map to determine the locations of people, then add the Facebook and Instagram layers to see ‘where da hoes at.’  Public check-ins and geotagged photos are tracked and layered over the satellite data to paint an accurate picture of not only the quantities of people in a given area but also the ‘quality’ (if you know what I mean).

When the project is finished (scheduled for mid-May), it will no longer be guesswork to determine which club is the best club and which club is dead.  Opponents of the program say that it reduces club goers to a commodity, like salmon or ducks.  We reached out to the National Organization for Women (NOW) for comment.  They assumed we were trolling them and hung up.