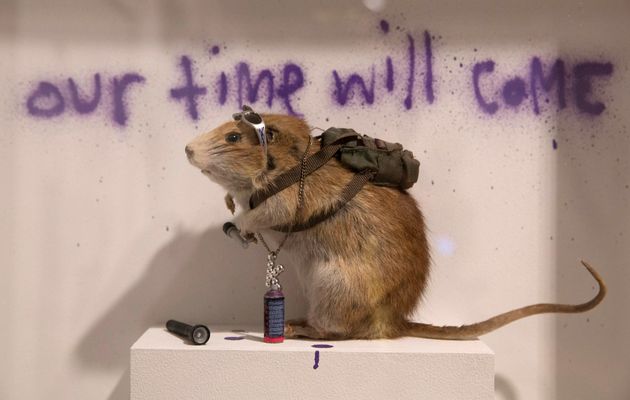 LOS ANGELES, California – Recent findings by scientists studying the rat problem in Los Angeles are frightening, as well as exciting.  Sewer rats have started to exhibit signs of organized behavior and advanced communication.  The rats have surprised those studying them by creating governmental systems and identifying enemies.  As it turns out, the rats have elected leaders and developed rudimentary political systems.  It seems that the factions are similar to human political parties, and this has caused some scientists to speculate that the roots of democracy are in mammalian DNA.

Some rats favor limited government and others favor strong and bulky government, but both sides seem to hate each other.  There is a small contingent who seem either uninterested in the process or have decided that the other groups are wrong.  What’s most interesting is the fact that there seems to be an aristocratic class of rats who have figured out how to manipulate the rank and file rats.  These ‘aristorats’ tightly control how information is disseminated and who they allow in the circles of influence.  They constantly harp on the ‘cat threat,’ and are quick to point out exterminators as the enemy.

It’s fascinating to note the differences between the rats and humans in the political realm.  Thankfully, humans are beyond the concept of a ‘behind the scenes’ ruling class, but these rats seem to be too ignorant to notice the more intelligent among them pulling strings. – Charlotte Bibby, project intern

This information, coupled with the recent revelation that primates are becoming information aware, makes us wonder if some other mammals may arise from the primordial puddle to challenge human planetary dominance.  Only time will tell, but one thing is certain.  Rats are far smarter than we thought.

Just Say NO to Whatever This Cat is on

Curiosity Was Framed; Lizards Did It