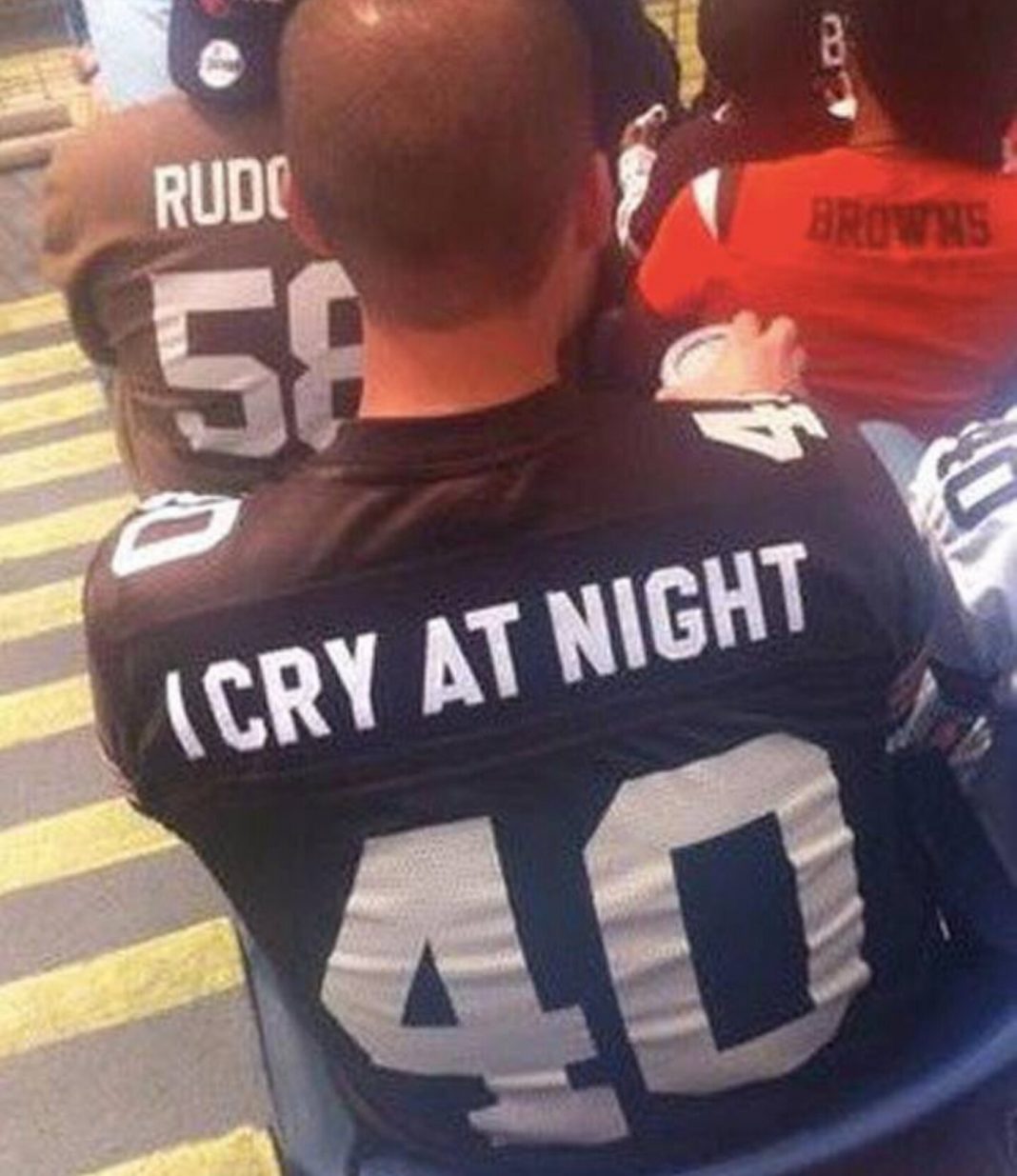 Oh, those lovable losers. The ones who try and try, but never taste the sweetness of success.

The guy who grabs the microphone every Thursday night at the Karaoke bar and inspires the rest of the crowd to head for the restrooms. The kid who shows up to every party and stands alone in the corner. He holds the same beer for three hours because he hates beer but needs to be seen holding one. The easily forgettable bachelor who asks out dozens of girls every month but never lands a date because of his appearance. And of course, the Cleveland Browns.

Before you start laughing, it is important to note that the Browns may not be responsible for their perpetual losing ways. In a new theory created by this fan, I suggest that it is not the fault of the players or the organization. It is the fault of the fans.

In the only truly logical way to look at this juggernaut of losing on the shores of Lake Erie, we see that 100% of their failures rest on the shoulders of the die-hard, ticket-buying, TV-watching, shirt-buying, jersey-wearing trolls who ruin the team, and the sport, for the rest of us.

We have changed stadiums, changed quarterbacks, changed uniforms, changed assistant coaches, changed head coaches, changed general managers, changed team presidents, and even changed owners, and we still lose. The only constant in all of this is YOU! The die-hard, never-give-up, show up on Sunday fans. This is your fault. Art Modell knew this so he fired you. He hired the fans of Baltimore to lead him to a championship, and they did just that. Now, the new Browns look to do the same.

According to anonymous sources from the league, Jimmy Haslam is looking to fire you and replace you with temp fans from India. They cost less, cheer more, and will do the dirty jobs you refuse to do. Times are Changing and the Browns can’t be expected to sit around and wait for you to produce any longer. Simply put, in order to win a title Mr. Haslam is forced to hire a fan base of proven winners.

Tough luck Cleveland. Maybe you can try again in 5 years.