Home Safety Clown sightings on the rise. Wookies to the rescue? 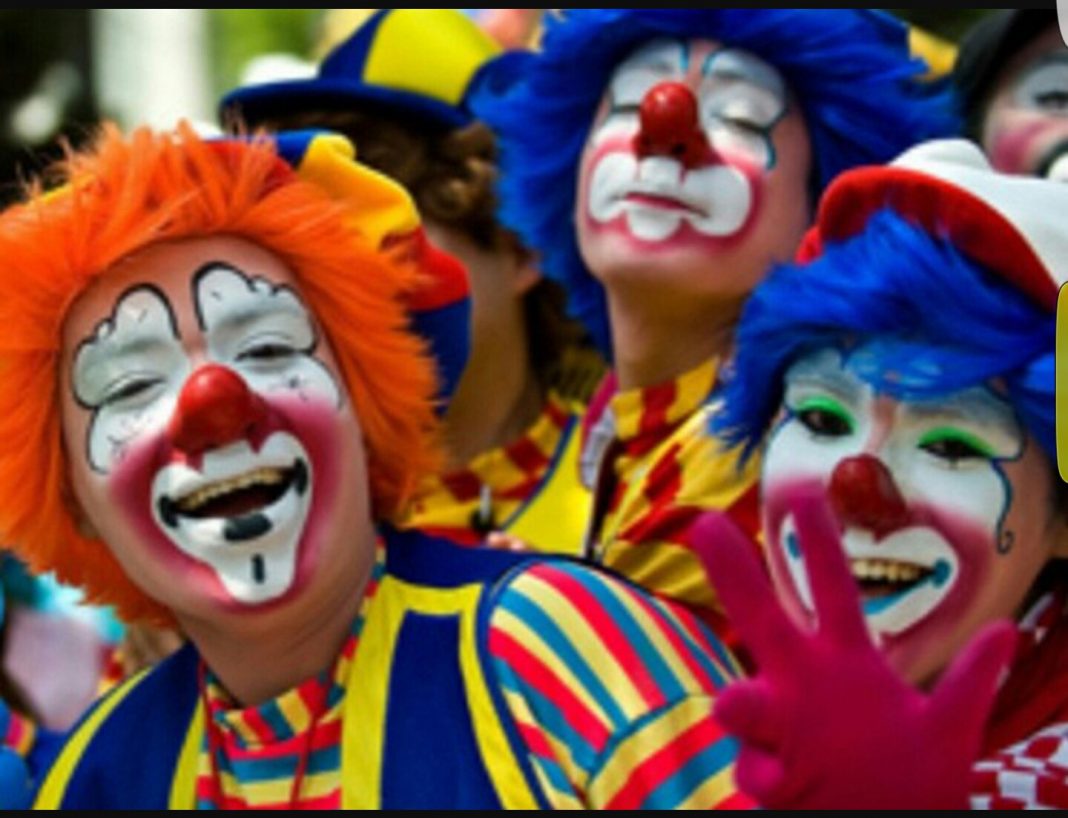 PITTSBURGH, Pennsylvania – If you have been paying attention to the news at all in the last couple of weeks I am sure you have heard stories from across the nation of grown men, dressed as clowns, bothering and threatening children. We are not sure how this became an epidemic but this activity has sparked outrage and fear from Maine to California. Police agencies, already taxed by crime and terror, lack the additional resources needed to properly investigate each new case of clown tomfoolery.

In comes Archie Alflin and his team of upstart clown investigators. “Our

kids are in danger and It’s time for us to step in”‘ said Alflin. “We’re gonna confront those criminals with the one thing clowns fear, their natural enemies, Chewbaccas”.

As we dug further we found that any Wookie would do, and according to Alflin success has already been had.

We were at the circus last week. By all accounts just a normal afternoon of family fun and play. That’s when darkness reigned and terror began. One of these dastardly vile clowns began soliciting kids, tempting them with horn blowing and animal balloon twisting. That’s how clowns suck you in ya know. They get ya desiring balloons shaped like poodles and BOOM! Molestation.

Fortunately for those at the circus Alflin had his Wookie suits in the car at the ready, “That “clown” didn’t expect to be confronted by a group of Wookie’s brandishing baseball bats and screaming DEATH TO CLOWNS! Problem solved. Scavers days of horrid crimes are over -Alflin

Not everyone in attendance felt the same as Alflin, including local police and the carnival organizers. Some of the patrons are still visibility upset at what they call Alflin’s “shenanigans”.

“All my son asked for was to have his birthday party at the circus. Scavers (The Clown) was simply making him a balloon dog when these idiots ran up in Chewbacca costumes threatening him with bats. My kids were traumatized”- Jane Elton (local mother)

According to Sargent Ed Moats (Pittsburgh PD), he has advised Mr. Alflin and his friends to cease what he terms vigilante wannabe behavior. We are constantly getting reports of Bigfoot sightings and men in Chewbacca outfits bothering children”, said Moats. “We haven’t even had one case of a clown anywhere in this area to date but Bigfoot sightings are up 500%. These are most likely reports of Alflin and his buddies sasquatching around scaring people”.

Alflin suggested the chief has this all wrong, “The kids love us, they need us. We are doing the Lords work. We just make sure to let the children know that clowns want to kill and molest them. What is the harm in that? We ask them to call us when they see one and give them our business cards. What kind of world do we live in when you can’t even dress as a Wookie, grab a bat, and instruct safety to strangers children? Parents are freaked out by us telling their kids the truth? When did parents become such chickens?”.

Currently, no charges have been pressed against Mr. Alflin or any of his friends, and with good reason. According to many Mr. Alflin may not be the hero America wants but possibly he is the hero America needs. Godspeed Mr. Alflin, and may every clown you meet be a dastardly clown.