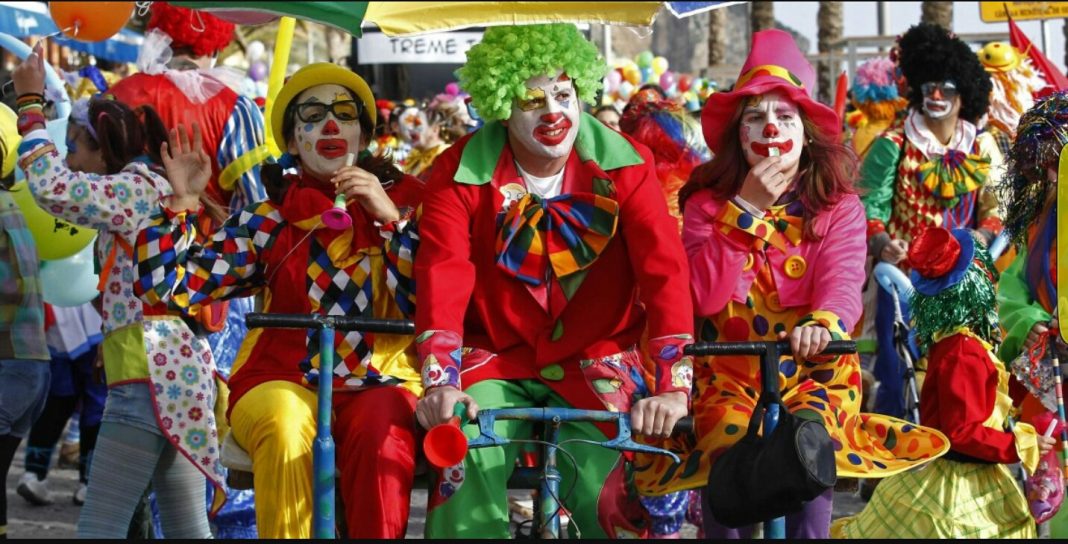 WASHINGTON D.C.- Clown lives matter? Today thousands of clowns from across the nation have descended on the Capital to protest, what they believe, are ‘silly’ laws being passed in every corner of America which intend to prevent people from dressing up as clowns. The laws come after hundreds of reports across the nation of clowns bothering and harassing children.

It is such a non jovial unfairness to take away Boingo’s livelihood. If I can’t dress as a clown I will be very sad (aggressively rubs eyes). I know my rights and I can’t be told how to dress. I self-identify as a clown so you can’t stop me (creepy laugh). – Oingo Boingo (protester)

The laws are intended to protect innocent people from those who dress up as clowns and wish to do harm. Law enforcement across the Nation back the plan as sightings of clowns with weapons bring the fight close to home. “We are not against clowns, we just need to make safety our first priority,” said Sergeant Bill Blozno Baltimore P.D. “We’re looking out for the safety of our citizens including the clowns themselves.”

The attorney for the Clown Lives Matter organization (#CLM), Captain Pinko Breezy, had some harsh words for lawmakers and those termed ‘anticlownites.’ “Nobody is proposing laws to stop anyone from dressing in Black Lives Matter shirts even after they chanted about killing police. Nobody is calling for a ban on ISIS clothing even though we are in an apparent war with them.” Captain Breezy also suggested that dress codes are unconstitutional and demanded more clowns throughout the United States join in the ‘silliest Civil Rights Crusade of the 21st century’.

We need to band together and put an end to this nonsensical war on clowns. No other group in America is told how they can dress, no other group is threatened with arrest for simply walking the streets, everyone else in America can simply walk into a Walmart and buy animal balloon making kits, but not us. Everyone else in America can buy rubber noses and size 24 colorful shoes but we get stopped? No more! It is time to fight for our rights.

According to several legal scholars (who wish to remain anonymous), the clowns have a point.  One went as far as to characterize this as a ‘Simpsonsesque’ rush to judgment complete with pitchforks.  In any event, Captain Breezy has suggested that clowns are here to stay whether you like it or not. For now, Washington D.C. streets are full of silly (possibly criminal) clowns. Now we can add to that the kind of clowns who also dress up.