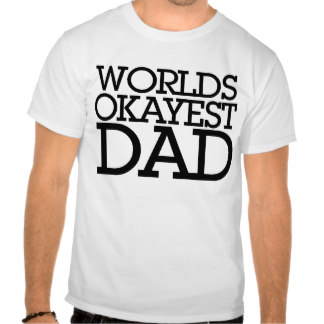 WASHINGTON, D.C. – A new study based on fathering data demonstrates that most children mistakenly believe that their father is the world’s best dad.  The data clearly shows that most dads barely rise to the level of mediocrity.  How can children be so wrong about a seemingly obvious fact?  The simple reason is a statistical issue.  They have a very limited sample set.  Most children are limited to one or two dads, and as such have only those few as points of reference.

I guess my dad is the best. Nobody else has ever been my dad though. I never thought about it that way. I just want to go home. – Jimmy Adams, 6 year-old 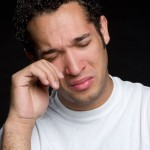 In an effort to curb this false advertising on the part of children and their dads who clearly know better, the Federal Trade Commission has begun cracking down using false advertising regulations as the starting point.  They have even moved toward making “Worlds Greatest Dad” shirt, and coffee mug, illegal.

I made the first “Worlds greatest dad” shirt because I thought I was.  People saw the shirt and wanted one for themselves.  Instead of keeping my title I decided to make shirts for money.  I guess that choice makes me the worlds worst dad. – Evan Sanders

The FTC has also proposed an actual competition where dads are judged on several points, including caring, discipline, gift-giving, ability to repair things, playing, drinking, etc.  They intend to call on the private sector and would like to see the competition run like a beauty pageant.  This pageant, however, would have no swimsuit competition, and considerably less vapidity.  Iona Ford, a Consumer Education Specialist with the FTC said,

These uppity kids need to learn they can’t just make a claim with no real evidence.  If your dad has never saved a puppy from a burning building, or quelled an insurrection, or toppled a dictatorship, is he really the greatest dad?  Fetching you a glass of water doesn’t cut it these days, and it’s our job to put a stop to false advertising claims.  Gandhi had kids.  Lincoln had kids.  Sully Sullenberger has kids, and he’s a damned sight better than your dad, I can almost guarantee.. 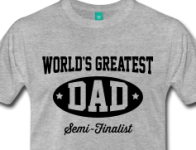 Trump Industries has expressed interest in hosting the competition and has a track record of making similar events successful.  Even in the era of waning support for beauty pageants, they believe the Best Dad competition can breathe life into the tired format.

I’m gonna make dad’s great again. I know how to do it and nobody does it better. Dad’s can be as great as they used to be. All it takes is someone to make them great. You will be surprised at how great Dads can be. Hey, where can I get one of those great T-shirts? – Donald Trump