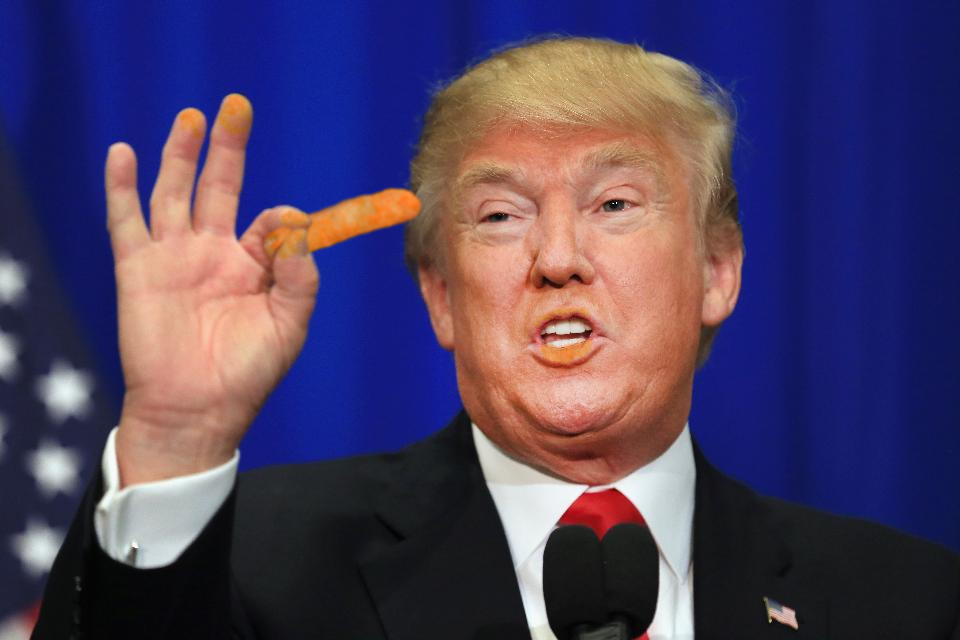 COLUMBUS, Ohio – A big announcement is expected soon from the Frito-Lay corporation regarding our newly elected President Donald J. Trump. According to reports, a new partnership has been formed which will allow The President to appear on specially designed Cheetos® Puffs snack packages. A spokesman close to Pepsico (Which owns Frito-Lay, the manufacturer of Cheetos®) claims, “Orange is the color of our dreams,” will be the new tagline for the Cheetos® ‘Presidential Puffs’ snack brand.  Sales of Cheetos® have skyrocketed since President Trump was coined ‘Cheeto Jesus’ by Republican political strategist Rick Wilson in a rant he posted on Twitter in mid-June 2016.

This partnership seems a bit controversial since, according to many, sitting presidents should not endorse any private business.

When reached for comment, the House Minority Leader, Nancy Pelosi (D-Cal), suggested the problem goes much deeper than a simple conflict of interest, “I have no doubt Cheetos® is an intolerant and racist organization. I will be happy to provide proof once we create, er… find some.”