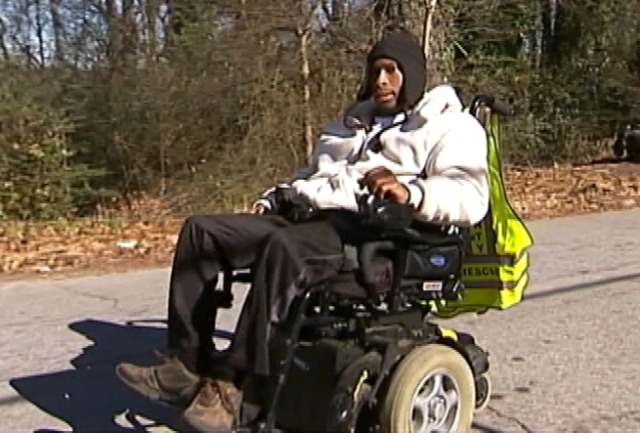 BERKLEY, California – A recent bout of social justice ended with a man shamed into believing in himself.  Reminiscent of the time the transgender community, no doubt spurred by the Tumblr social justice warrior community, chastised the trans icon RuPaul for daring to use the word ‘tranny,’ it seems social justice has come full circle to being absurd.

Dashawn Márquez, a gay, black, paraplegic, with an adoptive Mexican mother recently told a joke about himself which resulted in the firestorm of hate, vitriol, and malice from hordes of social justice warriors (SJWs).  His joke, which we admit is pretty funny, was just a touch over the line for those who believe they have their finger on the pulse of the new ‘acceptable speech’ paradigm.  Dashawn said,

All I said was, ‘I would totally steal your shoes, but my mom raised me to be too lazy, my feet don’t really work, and let’s face it, your taste in shoes is hideous.’

The backlash was instantaneous and unmerciful.  Everything from ‘how dare you insult gays, African Americans, and Mexicans in one sentence?’ to ‘Just because you are one doesn’t mean you rate to make fun of one.’

Let this story be a lesson to you who think that because you truly understand the plight of minorities you may know more about them than the social justice warriors who want to cleanse the world of that kind of evil. If you are a minority and are unsure if something said is offensive please go directly to the closest uppity white liberal to determine whether or not you have been granted the right to be offended by it. This is simply how this works.

Whistle-Blowing Stormtrooper : The Empire Never Listened to Me