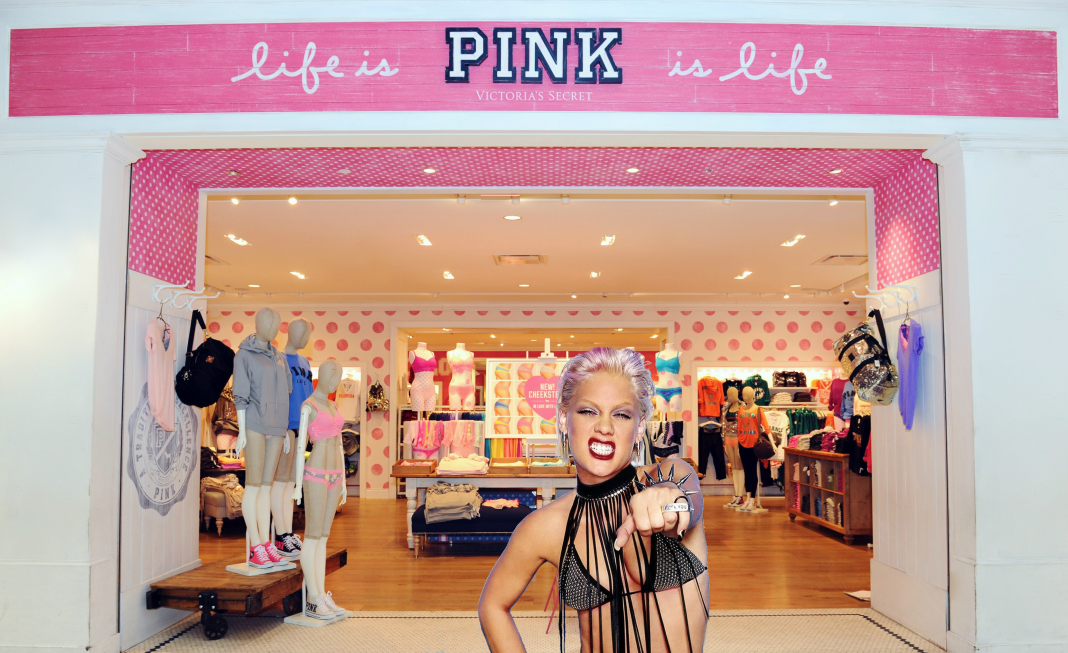 The Susan G. Komen Foundation is making a Trump-esque play for all things pink. It claims ownership of the color and the word, and has decided to take to the courts in an effort to make known its intentions.  Spokesperson Mili Rosales, director of legal affairs for the foundation, informed us of the reasons for the move.

Ever since we started the pink ribbon campaign, it’s been known that all things pink are related to the campaign against breast cancer.  Breast cancer kills far too many, and use of the color pink should be specifically for those victims.

They have targeted all the brands and organizations who refused to make donations for the use of the word and the color ‘pink.’  Among them are the Victoria’s Secret Pink brand, the musician P!nk, and the interests concerned with Himalayan pink salt.  The only real surprise is the salt packaging companies.  Despite the fact that P!nk spells her name with that funny, upside down ‘i,’ trademark officials have determined that the foundation has a strong case against her.

Our attorneys assure us that we’ll prevail in this effort.  If they won’t join us voluntarily, we shall take their brands by force.  We will bring the full weight of the legal system to bear in our struggle to make pink completely ours…  you know… for the cure.

Victoria’s Secret spokespeople assured us that they would fight this suit saying that they support breast cancer awareness and cures, saying, “…without boobs, half of our product line is useless, so why would we have a problem with SGK?  We’re just not giving up Pink, because we already made all that stuff, and do you know how expensive it is to change signs?”  Unavailable for comment was P!nk.  We’re disappointed we were too small a news outfit to get a comment, because did you see that shit she did at the Grammys?  Amazing, right?

Strategists for the foundation have circulated rumors that salt is unhealthy, and that impurities in pink salt actually cause breast cancer.  While we’ve uncovered no science to back up this claim, most Americans believe stories like that without ever investigating.  Spokespeople for the salt mining concerns in the Himalayas gave the following statement.

What the hell are you talking about?

That pretty much says it all.

We’ll continue to follow the story to determine whether or not the foundation is successful in their bid to dominate the pink marketplace.