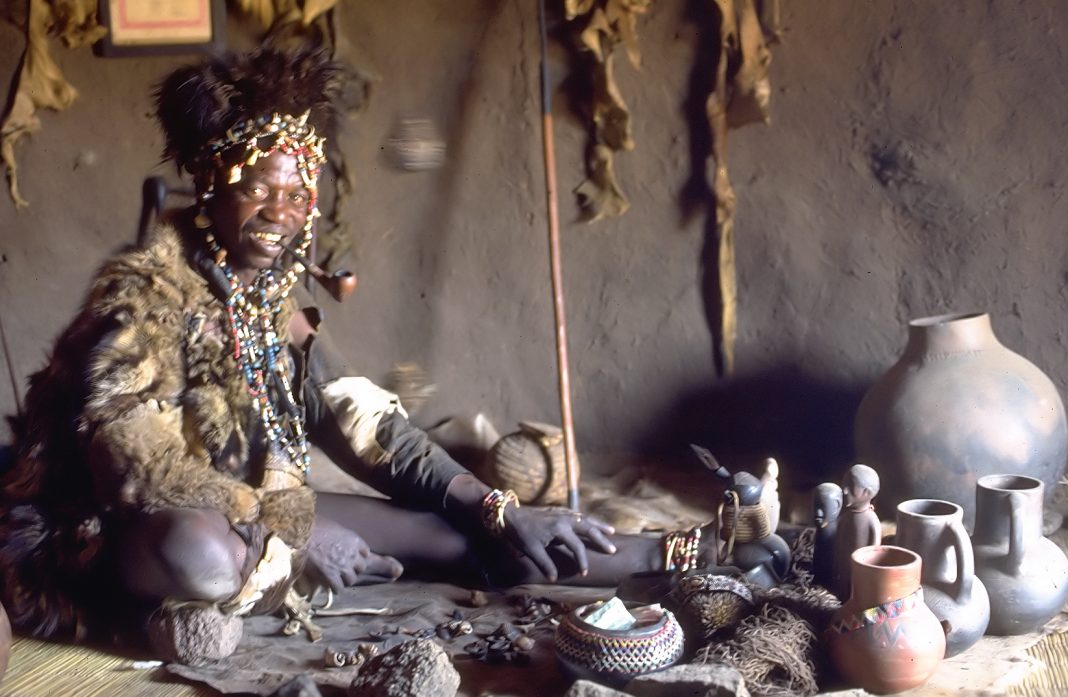 ALEXANDRIA, Virginia – As if computers were not confusing enough to the bulk of the population, now it appears that they may be possessed by demons.  When your computer starts acting strangely, the first person to call may not be the GeekSquad.  Molumbu Motumbe, a self-proclaimed shaman from Nigeria has set up shop in Northern Virginia.  He claims that he can fix your PC and defend it from viruses, remotely, in most cases.

His technique is far from simple.  It involves a chant, a dance, and music, as well as a proprietary mixture of sacred herbs and oils.  He also needs to get into a trance-like state to commune with your sick computer.  He speaks with it on the spiritual plane and helps it achieve a virus-free condition by helping it help itself.  Motumbe explains the rise in computer maladies as follows.

Obviously, those in the IT industry are adamant that Motumbe is less than genuine.  IT professionals insist that his methods cannot possibly work.  We decided to put him to the test.  We had a laptop that a former employee used which was riddled with viruses and malware (he loved porn), so we gave it to Motumbe and let him work his magic on the stipulation that we could watch him work.  $50 and three hours later, we got the laptop back completely virus free.  We still don’t know what he did because the laptop was never turned on, but it works now.

This computer was very angry…  very angry…  It was too young to see what it saw, and it was suffering.  Any longer, and it would have needed to be killed. like this one over here.

Thankfully, it wasn’t as bad as this system.  Motumbe claims that the demon in this one was powerful and melted the computer as it died.  What choice do we have but to believe him?

Hand Sanitizer: Does It Make You Clean?