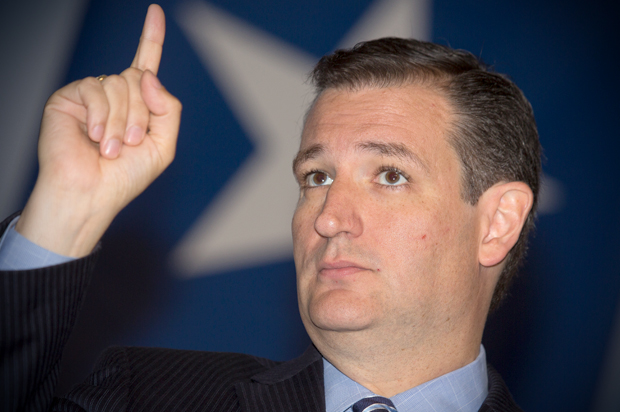 OCALA, Florida – Just as the Ted Cruz campaign begins to gain momentum we are being informed of some breaking news that could shake his supporters to their core. According to Dr. Hiro Mansuta (Director of the Tokyo Renewal Ozone Legislative Legion), An anomaly has been identified in the Earth’s protective ozone layer that not only has become a dangerous phenomenon but seems to be following Ted Cruz as he campaigns around America.

We have followed this disturbance on its track around the nation and it appears to show up at every Ted Cruz rally. The odds of this being a coincidence are about 1 in 1 million. We have monitored this Ozone hole and it has shown up at every Cruz rally since late December. Even more shocking the hole continues to grow. Is the Earth trying to tell us something? There surely can be no other explanation. If Ted Cruz is in your city I urge you to stay indoors. Any exposure to this ozone free phenomenon could cause severe irreversible injuries and illness.

As you can imagine these revelations have greatly angered and confused the Cruz campaign. The candidate had this to say in Ocala, Florida this afternoon.

I will not be bullied by Ozones! The Earth is not trying to tell us something. I am clearly the most adapt candidate to fix our environment. I am calling on all of the Ozones throughout the world to stop these shenanigans.

Senator Cruz was obviously shaken by Dr. Mansuta’s accusations. Trying to stay on focus seemed to be a difficult task for the Senator throughout his rally He (Cruz) was obvious filled with fear as he continued looking into the sky to monitor the large hole right above him. At times, it seemed to move with him in the sky to the horror of his supporters.

I don’t understand why it (the hole in the ozone) is following me. I have been so good to the Earth. I drove a Toyota Prius for a couple days and even tried to get my family to recycle plastics. I am the real deal. HEY, GET DOWN FROM THERE!

Never at a loss for words the Trump campaign released a statement in defense of the Ozone layer and it’s right to peacefully assemble.