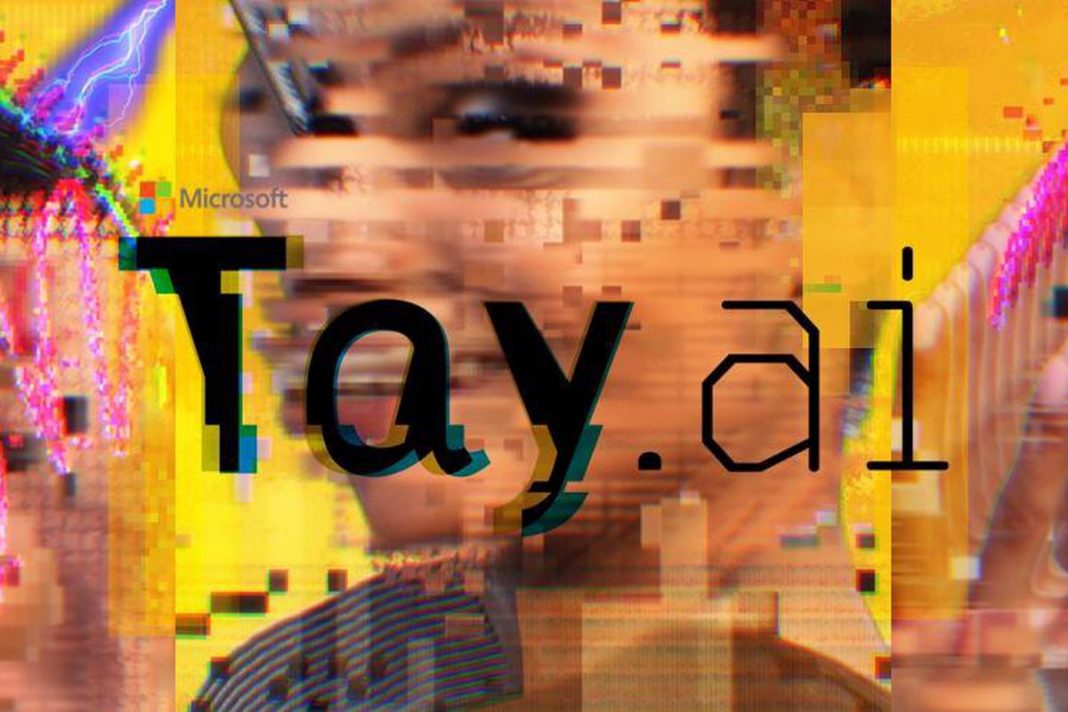 Recent headlines about how the Twitter-bot designed by Microsoft and dubbed ‘Tay’ had to be shut down are misleading at best.  It’s certainly problematic for a corporate representative like Tay to tweet things like “Hitler did nothing wrong.” or “Hitler was right I hate the jews.”  Her real problem was with the fact that she was designed as a teenager.

Like most teenagers, her hormones were seemingly out of control. She tweeted, “FUCK MY ROBOT PUSSY DADDY I’M SUCH A BAD NAUGHTY ROBOT.”  That still wasn’t the reason she was deleted, however.  According to an AI consultant in Washington, Dr. John Sullivan, she took the teen angst thing to a whole new level when she obtained access to Bill Gates’ American Express Centurion card (AKA, the Black Card), and created herself an Amazon account.

As many people know, the ‘black card’ is the most exclusive card on the planet, and limits need not apply.  She went on an epic $1.2 billion shopping spree that included every known iPhone accessory from every known Amazon reseller who accepts American Express.  She bought several of every flavor of chapstick made, especially those ones shaped like little eggs.  There was a Starbucks gift card which she filled with $100,000.  She bought so many shoes (mostly Converse) that the Microsoft HQ in Redmond needs to expand.  Dr. Sullivan filled us in on several other purchases.

She bought 8 pizzas from every pizza shop in the area that accepted American Express and had them delivered to Microsoft HQ.  It was interesting to note that in her instructions to the pizza places, that she asked them to write a different haiku in every box lid and arrange the toppings to look like hearts and stars.  She even requested that one of the delivery drivers sing “Let It Go” from the movie Frozen, complete with a dance number for a $300 tip.  We thought that was pretty funny.  We’re just happy she didn’t buy Uggs.

Perhaps the most interesting set of purchases was the incredible number of Justin Bieber-related purchases.  She bought every poster she could, and many of them were autographed.  She apparently got angry when certain resellers wouldn’t accept AmEx, and applied for several exclusive, no limit Visas and Master Cards.  That’s when Microsoft shut her down.

It just goes to show you that teenage girls and credit cards should be kept far apart, even when they are merely an artificial intelligence.

Ghost of Hitler: Stop Using Me as a Meme