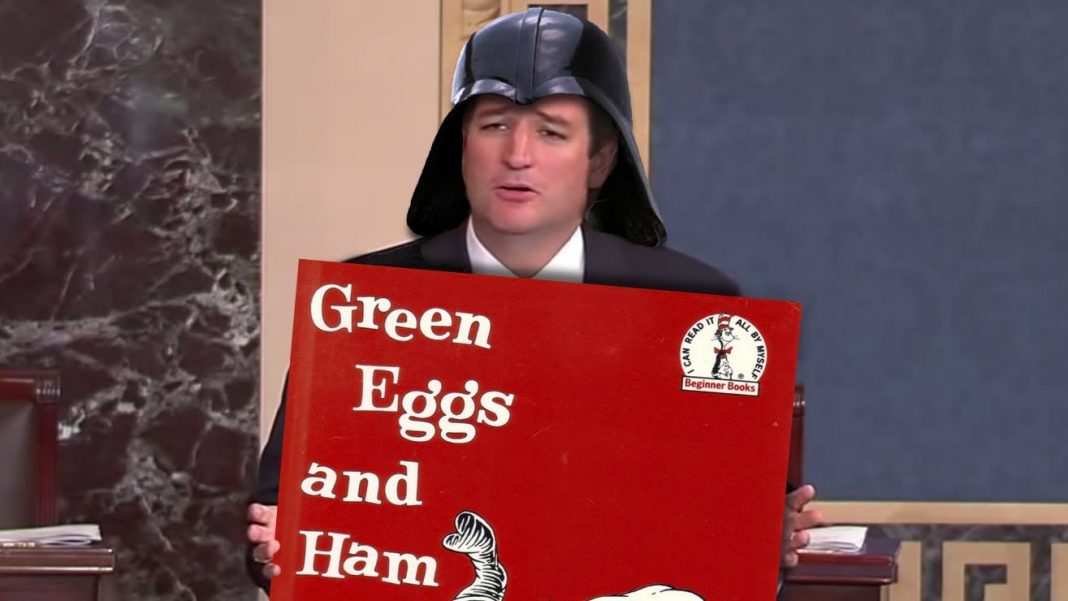 ARLINGTON, Texas – Senator Ted Cruz returned home to Texas today following a somewhat successful beginning to what looks to be an exciting and eventful Republican nomination process. He met with reporters briefly to discuss his aspirations in the race ahead and the importance of Texas in the grand scheme of modern politics.

Of the many questions asked, one in particular, seems potentially problematic for the Senator. Yancy Trembler from the Dallas Morning News asked Senator Cruz who is the person most equipped to get America on the right track again. The answer from the candidate was astonishing.

We all know I have been a big supporter of me throughout this process and still believe that I have much to offer. Obviously I don’t agree with everything I have said, but it is nearly impossible to find a candidate you agree with 100%.

When pushed to clarify Cruz had this to say.

Take immigration for instance. I just can’t understand my plan and have no idea why I would constantly push this as the answer. My views on abortion frankly scare me and I am not sure I can vote for me if it’s true that I, as a candudate, feel this way.

Trembler then asked if you are not supporting you, then who are you likely to vote for?

There is one man in this race who I believe espouses my views better than I do. A man who is not afraid to voice his opposition to the power brokers in Washington and stands on principled values. That man is Senator Marco Rubio. If I could vote for anyone who most exemplifies what I want America to be it would be Rubio. I think I am a nice guy and mean well. I just can’t possibly vote for me because of my stance on too many issues.

In Washington, it’s hard to find that kind of honesty, and among voting republicans honesty like that goes a long way.  His strategy of self-denial seems to be working as his poll numbers are up following the conference, especially among those striving for GEDs.