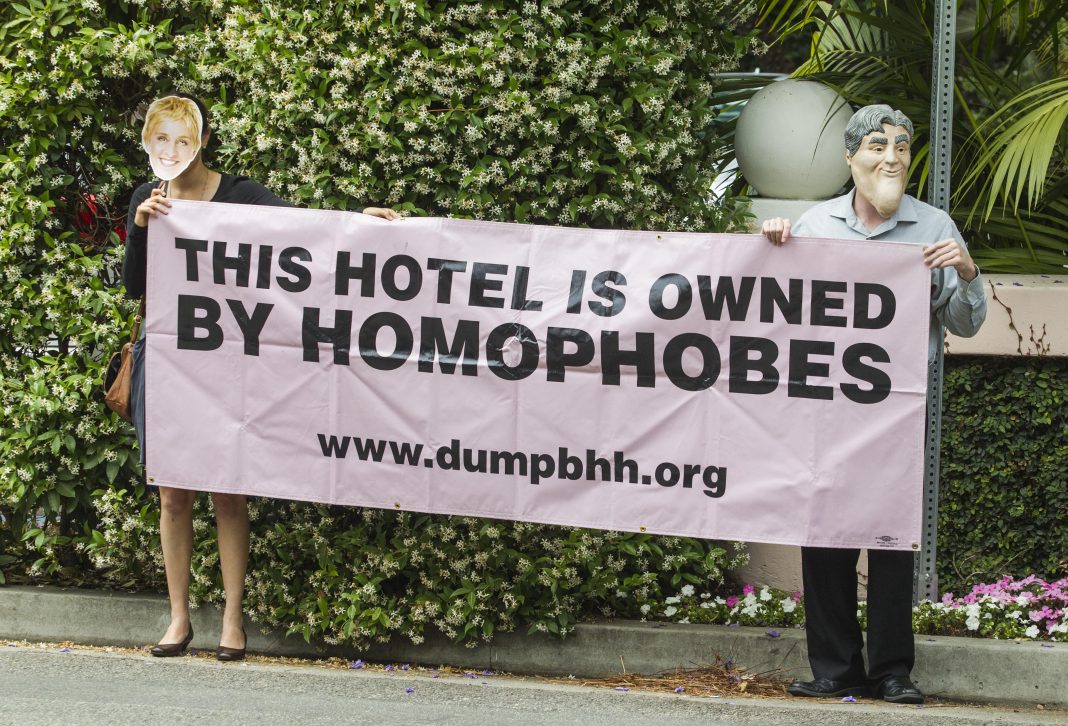 CHARLESTON, South Carolina – Violence against anyone is frowned upon in America and rightly so. Recently we have become aware of a new brand of hatred and violence coming out of Charleston, South Carolina, and the results have drug the entire capital city kicking and screaming into equal rights debates at every kitchen table in America.

Homophobiphobes are a group that grew out of necessity and through the evolution of man’s grip on the rights of the individual and laws of the masses. As more laws are written or erased in regards to homosexuality, homophobes have stood on the front lines with a loud, mostly unopposed, voice. That is until now. Homophobiphobes have sprung out of a lack of understanding of the lives and behavior of homophobes and the two groups are on a collision course of biblical proportions.

All I want to do is hate homosexuals. That used to be ok but now homophobiphobes believe they have the right to tell me how to feel. I was born this way. It was not a choice. We don’t choose who to hate. The only reason they act this way is because deep down they are afraid they may be a homophobe. Don’t put your insecurities on me. – Jason Straight, Homophobe

There may be a kernel of truth in Jason’s statement. According to several researchers who we questioned under the condition of anonymity, research has been conducted to deduce that homophobiphobes don’t really hate homophobes. They just do not understand them and there is partial fear among homophobiphobes that they may be closet homophobes.

The laws are clear, even in South Carolina, that our nation does not discriminate against those who are different, but tell that to homophobiphobes and tell that to the nation’s bakeries who find themselves at ground zero of these debates.

I went to my favorite gay bakery to get a cake for some straight friends. The owner was very homophobiphobic and refused to sell me the cake. She believed if she baked it the “straight” would rub off and make her a homophobe. I tried to convince her but she was so afraid of becoming straight and intolerant. I had to go to the Walmart to get the cake made. Luckily they still had a couple patterns for homophobic marriage. – Cindy Lu, Homophobiphobic, we think

Perhaps someday soon homophobes and homophobiphobes can put away their differences and find they are more alike than they care to admit. Hating people just because you think you are supposed to hate them is a special talent and should never be wasted lightly. If these groups unite against a common more deserving foe, the hate will be unlimited and spectacular.

What we know for sure is that everyone is a ‘phobe’ of some kind. Make your friends guess which kind you are with this fantastic new shirt which comes in various genders just like ‘phobes’ do.