Home Conspiracy Notes Wikileaks – The most shocking Podesta email to date. THIS is what... 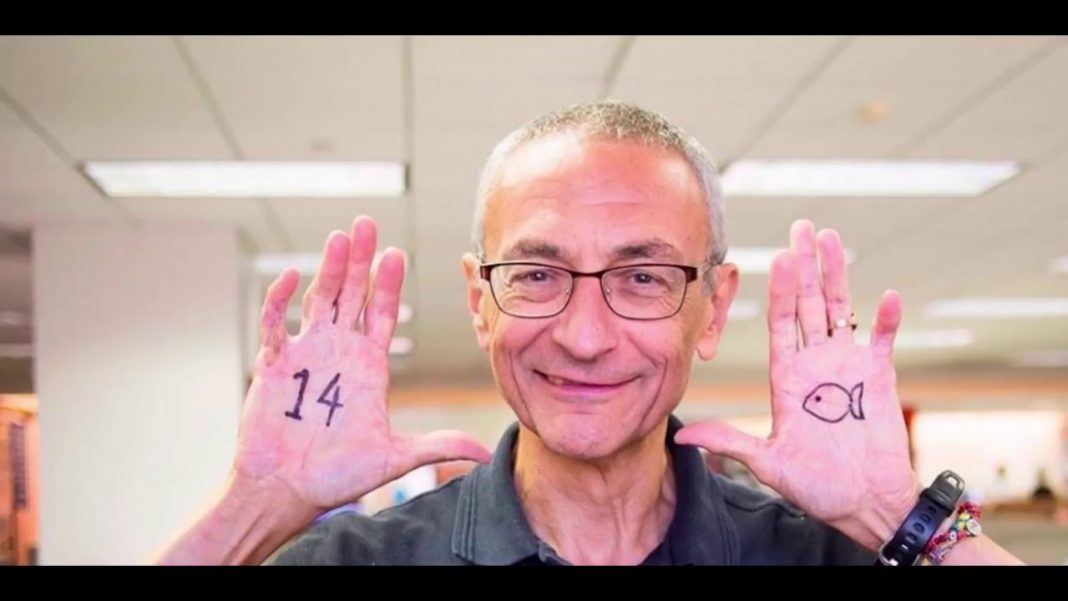 There are no words to describe what follows. Here is the email in question. We cannot remain silent. Make everyone you know aware!

Dear John: Well, we all thought the big problem for our US democracy was Citizens United/Koch Brothers big money in politics. Silly us; turns out that money isn’t all that important if you can conflate entertainment with the electoral process. Trump masters TV, TV so-called news picks up and repeats and repeats to death this opinionated blowhard and his hairbrained ideas, free-floating discontent attaches to a seeming strongman and we’re off and running.
JFK, Jr would be delighted by all this as his “George” magazine saw celebrity politics coming. The magazine struggled as it was ahead of its time but now looks prescient. George, of course, played the development pretty lightly, basically for charm and gossip, like People, but what we are dealing with now is dead serious. How does this get handled in the general? Secretary Clinton is not an entertainer, and not a celebrity in the Trump, Kardashian mold; what can she do to offset this? I’m certain the poll-directed insiders are sure things will default to policy as soon as the conventions are over, but I think not. And as I’ve mentioned,
we’ve all been quite content to demean government, drop civics and in general conspire to produce an unaware and compliant citizenry. The unawareness remains strong but compliance is obviously fading rapidly. This problem demands some serious, serious thinking – and not just poll driven, demographically-inspired messaging.
Rubio’s press conference yesterday AM was good and should be repeated in its entirety, not just in nibbles. I will attend the Clinton fundraiser here next week but as I can only afford the low level of participation may just get to wave without a “hello.” I fear we are all now trying to navigate a set of forces that cannot be simply explained or fully understood, so it is and will reamin interesting!
Sent with a handshake, Bill 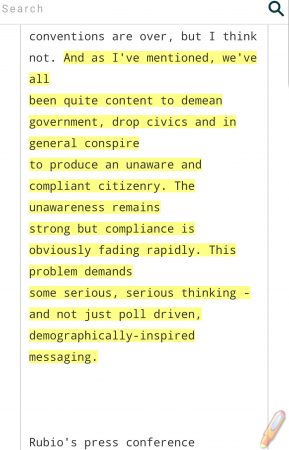