LOS ANGELES, CA – Women have taken to the streets in an effort to protest the election of Donald Trump on the day after his inauguration. The reasons were outlined in a Youtube video and a well-organized campaign to entice women and men who support their cause to get out and march. The verbiage on the website is moving including such statements as,

“In the spirit of democracy and honoring the champions of human rights, dignity, and justice who have come before us, we join in diversity to show our presence in numbers too great to ignore.” 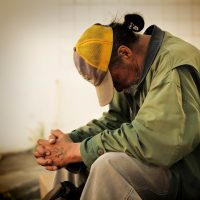 Who could take issue?  These days, it’s not hard to find them.  Ralph (last name withheld) expressed concern about the march, very specifically because the DC march is echoed in nearly every major city in the country.  A Los Angeles native, his concern was lunch.

My wife flew to DC for the weekend and she only made enough food for like, a day.  Who’s going to make the sandwiches?  If all the women are marching, who makes the sandwiches? 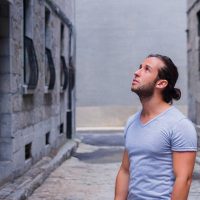 He was visibly distraught because all his neighbors’ wives were also marching, though mostly in the LA march.  It was like a ghost town populated by only men, many of whom have not made a sandwich in decades.  The looks on their faces were painful to witness, and a stone’s throw from the images of starving children in parts of the world the west would rather forget existed.  His neighbor, who calls himself Chuy, said, “She didn’t even make me lunch and she forgot to go shopping.  I haven’t had the credit card in over a year so I can’t even go to Subway.  Bet all the subway people are marching anyway.  It’s like a sandwich revolt.” Chuy went on to finish the tub of ice cream because there was no other food.

Another one of his neighbors, Joe, was happy about the march because “… at least she’s not bugging me about the leaky faucet in the bathroom.”

We empathize with Ralph, Chuy, and everyone caught in the crossfire between women’s rights and lunch.  Who, indeed, is making the sandwiches?

Chipotle Roulette – Because We Know You Can’t Resist

What You Don’t Know About Tacos Will Kill You