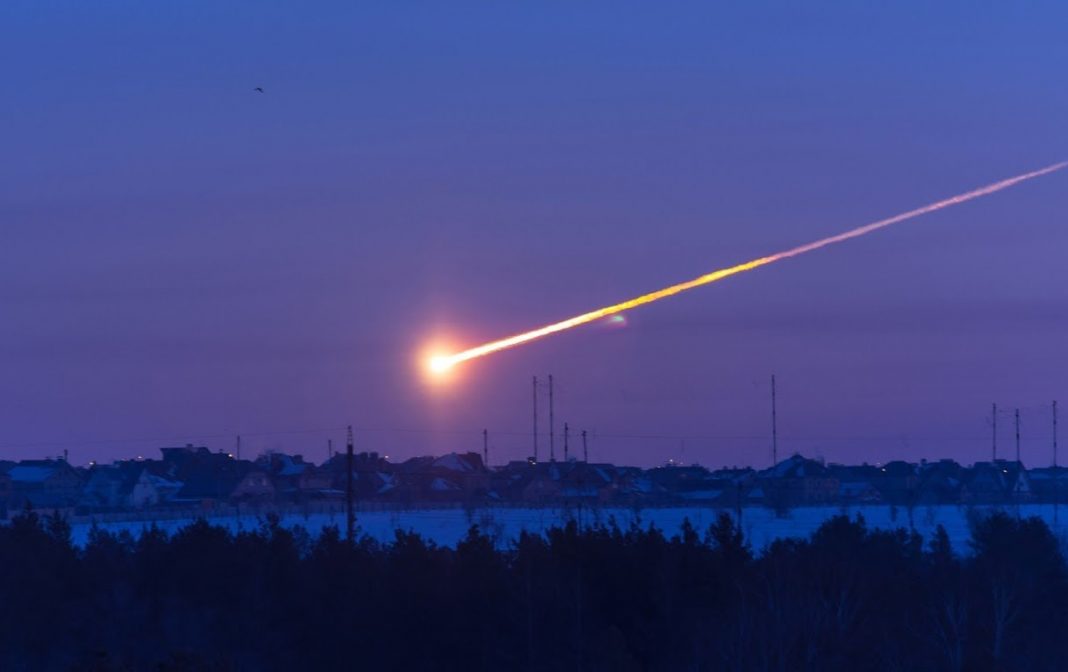 The predicted meteor showers this December promise to be a sight to behold, but beware the hidden danger.  Meteors have gotten considerably bolder in recent years, with one exploding recently over Russia.  While most meteors are not brave enough to venture into North America, it’s only a matter of time before one of them misses the memo about not encroaching on the safe countries.  Scientists at NASA have pointed out recent trends in meteor showers and have issued warnings about upcoming events.  Dr. Reggie Washburn had this to say.

Space can be beautiful, and awe inspiring, but you need to remember that things out there are deadly.  Big rocks don’t have much in the way of weight out in space, but once they get into the atmosphere, they get really heavy really quickly.  If heavy things hit you, they tend to hurt, especially when they’re super hot.  Most of the heavy things fall harmlessly on the third world, but there are more reports of meteors falling in places where rich, white people live, and we’re not sure why they think they can do that.

Granted, NASA isn’t saying that you shouldn’t watch nature’s fireworks, they just want to warn you that we’re not living in the age when meteors stayed on their side of the border.

Once one comes in, it will embolden the rest, so it’s important that we keep a watchful eye on them.  They’re dangerous, and not to be trusted.  They only come to destroy, even though some of them are fine rock specimens.  We just hope to have a defensive dome built before they get so bold they can’t be stopped.

Russians who were affected by the meteor strike in Feb. 2013, specifically the factory workers whose factory was destroyed, were quoted chanting, “Они взяли наши рабочие места” which means, “They took our jerbs.” as near as we can figure.  This has prompted some demolition unions in the US to become concerned about possible obsolescence.  Bob Markel, of Markel Demolitions in Hackensack, NJ had this to say.

These meteors coming over here and taking our work ain’t gonna fly.  We worked hard for deez jobs and if they ain’t joinin’ da union, they ain’t welcome here.

The Geminids meteor showers should be a sight to behold this December from the 4th to the 17th, peaking between the 13th and 14th.  Remember as you watch it, however, that the meteors are not your friends, and won’t think twice about smashing your house.

NOAA Answers the Question: ‘Where Da Hoes At’ with Science