Home Consumer Goods What Your Pizza Crust Choice Says About You 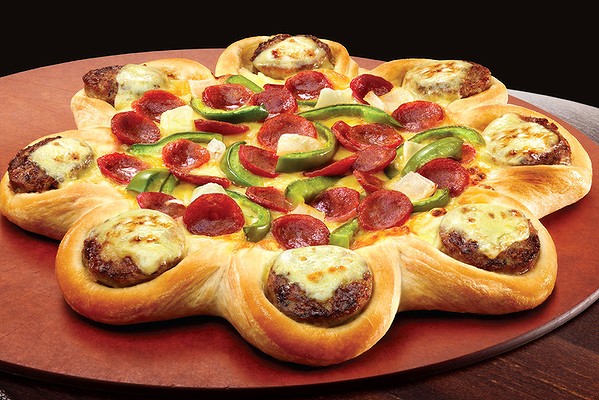 We all love pizza (unless there is something wrong with us).  Everyone has topping preferences, and some even have sauce preferences.  Pizza is so beloved that even those who can’t eat cheese and gluten have options.  We’ll bet you weren’t aware of the fact that the crust you choose can tell others about your personality.  Below is a partial list of crust choices and what they mean for your psychological profile.

This pastry like, flaky, crust is odd for pizza, because it’s usually found in desserts.  People who prefer it don’t like to be weighed down with all kinds of unnecessary structure and rules. The light, airy crust says that you don’t really appreciate pizza properly because pizza crust should not go ‘crunch.’  You’re also probably addicted to cheese, as evidenced by the fact that you can, and do, eat more than one whole pizza in a sitting.  Remember that casomorphins are almost the same as opium, so you’re a stone’s throw from heroin junky.  Also, if you use this as the basis for a pizza eating competition, you’re cheating.

Pan pizzas are slightly thick, just like you.  You are rock steady, comfortable with your opinions and not afraid to share them.  Since it’s often called Detroit style it’s pretty much only a Detroit or Pizza Hut thing, so you probably don’t know much about pizza, or life.  You think that chewy stuff the Hut uses on top of their ‘pizza’ is actually cheese.  It’s not.  It’s not even made from milk.  It’s probably made from wood pulp or old tax forms.

The image at the top of this article is whimsical and mildly juvenile crust with a gimmick.  You’re a pedophile.  You likely stalk children and may have a few in your basement.  Don’t be that guy.  Like… ever.

A brick of cheese in a bread bowl

Hearty and thick, like most of its consumers, this crust says that the low-carb lifestyle is utter crap and you’d rather have rock hard arteries than rock hard abs.  People who prefer this style are usually from Chicago (or the Twin Cities) or have visited there.  Maybe just driven through…  Most likely just went to an Uno in the midwest, though.  You likely wash it down with a gallon of craft beer and your friends only invite you to go places because you have money.  People would like you more if you didn’t start every sentence with, ‘Actually…’

The most popular style.  You’d be hard-pressed to go anywhere and not find this style, like a flannel shirt on a lumberjack (or lesbian), it’s just expected.  You wear khakis to work, and jeans after work.  Probably even to bed.  This style says, ‘I have no originality, but I fit in with any group.’  The only way to distinguish yourself from the crowd is to vary the toppings.  Pineapple does not make you a trendsetter, it makes you an asshole.  Fruit goes on pizza the same way motor oil is a good beverage.  That is to say, don’t.  Just don’t.

If you have french bread money, you have pizza money.

This is a weird style of pizza, for an artsy kind of person.  Most often made by hand and by people who are out of other crust options.  It doesn’t define you until you make it when you have other options.  You’re more likely than not a pretentious douchebag who thinks you’re being edgy by eschewing traditional pizza crust styles.  You’re not edgy, you’re insufferable and need to learn that the world doesn’t revolve around you.  Take off that idiotic Kangol, and no, no one believes you’re a Rastafarian.

This isn’t so much a pizza as a doughy mess.  The kind of thing that you get at Subway is not a pizza you should love.  No one is sure what makes you think your degree in women’s studies will be useful, outside bitching that not enough women are represented in STEM fields.  Because you’re likely a social justice warrior, you have never really been oppressed in your life but think you have.  Until someone marries you to a stranger for the price of two goats and a cow, you should shut up and get a real degree.

Flavor at the cost of your dignity

You are a lazy, poor person who makes your own pizza because, hey, what’s pizza besides some kind of bread type thing with sauce and cheese on it?  That’s the kind of thing you’d only think because you’re extremely high.  In fact, you’re high right now, and you don’t realize that you’re being insulted.  You’re so lazy you just decided not to fold your ‘Italian’ quesadilla.  You’re not only lazy, but you think you’re the kind of person who thinks outside the box.  In reality, you live in a box which is inside another box, so no amount of thinking ever gets you outside the outer box.  You’re not really that clever.

We feel bad for you

Like the above, only even poorer, and probably on crack or meth instead of the more respectable weed.  Your liberal arts degree is either never going to happen because of the meth, in progress and the meth keeps you from realizing that it’s worthless, or you’ve graduated and realized that it qualifies you for absolutely nothing but meth consumption/distribution.  You have no other choice but to make your pizza out of the leftover ragu in the fridge, toasted Wonder bread, and generic American slices.  Those slices that, when you look at the packaging, do not contain the word ‘cheese’ anywhere at all.  It’s not even cheese.  The meth makes you absolutely certain that the shadow people in your neighbor’s yard are trying to steal your fake cheese, and you’re right.

This is so nasty

Do you realize you’re eating a terrible soup made of tomatoes and cheese?  Your only option is suicide.  There is no reason for you to exist.

We hope this clarifies what your pizza crust choices say about you.  Just pick the one that you can live with, or keep people guessing by eating them all at random and sundry times.