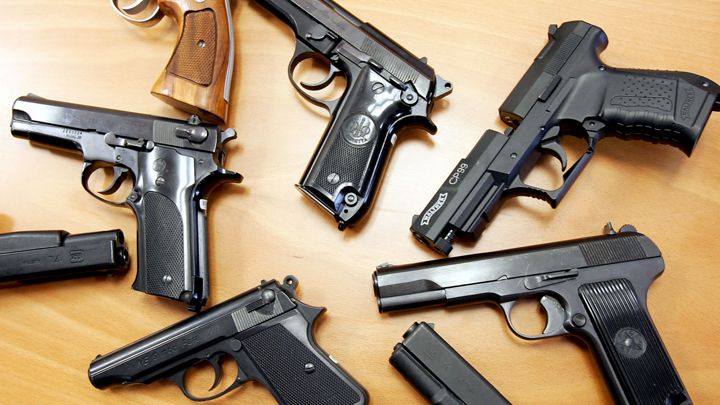 EAST HARTFORD, Conn – A man in Connecticut has started a business that caters to the dejected and depressed supporters of Bernie Sanders.  These former BernBots turned BernOuts are fed up.  After his disappointing loss to Clinton in Maryland, and having been removed from ballots in PA, many of his supporters are simply giving up.  Not on the campaign, not on the process, but on life.  We don’t condone suicide and think these people are clearly overreacting to an obvious fix by the Democratic party leadership, but that doesn’t stop them from taking rash action.

Connecticut resident, gun owner, and entrepreneur, Eric Carson, has decided to strike while the iron is hot.  He’s started a business where BernOuts who are just done with it all can rent his guns for a short period of time to see if they want to go through with it.  The company, Solutio in Finem, helps them through the whole process and even attempts to dissuade them from taking the final step.

What we do is schedule a time to visit with the individual, and discuss options.  They can rent one of the 3,000 or so guns we have and decide whether or not they want to end it all.  We try to talk them out of it, and most decide to stick around.  If they decide to check out, we help them with the note and help them to make a minimal mess.  Then we grab the gun and head off to the next appointment.

His philosophy is, these people are hurting, and they need help.  But is that help supposed to come from the barrel of a gun?  His detractors are upset, especially with Connecticut’s decidedly anti-gun mentality.  The elevated suicide rate in the state has lawmakers concerned, but there is currently no law to prevent this kind of business.  One concerned state legislator, Henry Genga, is drafting a bill to prevent this business model from becoming a competitive one.

This is unacceptable.  The vast majority of the young people using this service are registered Democrats.  Well, at least they were before the registration purges, but I don’t want to talk abut that.  Suffice it to say, we need these people, and we need to stop them from killing themselves, by force if necessary.

The naysayers seem to have no effect on Carson, though.  He’s convinced that this service is not only necessary but also puts an important moral issue on the table.  The issue of self-ownership.  If your life is your property, you should be able to decide what to do with it.  If you are forbidden from deciding, even whether or not to end it, you don’t own yourself.

Look, say what you want about our business model but the truth is, not everyone is a survivor.  They look at the prospect of a Trump or Hillary presidency and lose all hope.  Can you blame them, really?  They don’t own guns (obviously), so that’s where we come in.  As a Trump supporter, if Hillary wins, I may just become a client of my own company, but I doubt it.  When other people can tell you how to live or die, they’re claiming ownership of you.  We find that unacceptable.

Carson claims that the service is not limited to BernOuts.  They accept clients who are going through messy divorces, having financial difficulties, jilted lovers, and a host of other potential issues.  How much would a service like this cost?

We’re very reasonable.  We cover our hourly rate, travel, assistance, and gun rental with a megar fee.  While we do encourage tipping, most of the time the folks who go through with are very generous.  What do they need with money if they’re checking out?  We see tips in the range of  20 – 30 times the service rate.  It’s a bit of a perverse incentive, but we use empathy to temper that.  We’re not murderers, we’re counsellors with guns.

We’re not sure how to take this company, but we do understand the underlying philosophy.  It will be interesting to see just how this plays out as the election cycle wears on.