SILICON VALLEY, California – The recent scandals tormenting the CIA (Central Intelligence Agency) have given a much-deserved black eye to the once proud American Institution. Most organizations would deny the allegations and simply wait for the bad publicity and mistrust to blow over. Instead, the agency has decided to own their apparent misdeeds and win back public support by having some fun with the public at large. 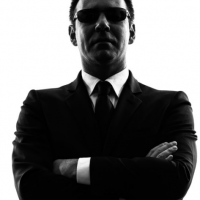 On Wednesday of next week Facebook Inc. With the full cooperation of Apple computers and the CIA will release a new App named CIA Go™. The CIA Go™ app will function much like the Pokémon Go™ app but is far more robust with several additional options to keep people playing long after most apps lose the ability to keep the attention of the average American.

Each player starts with a random deal of 5 spy cards built around actual CIA agents, and 5 defense cards to protect their personal information against other players. Each card can only be played once and you have the ability to earn more cards at each designated CIA. Go hotspot. There will be over 50,000 hot spots at launch with plans to continue to create more as the game grows. Once a player checks in at their local hotspot they play a card from each the spy deck and the protection deck. The cards can be used immediately though the player will have to travel to a new hotspot in order to collect any additional cards over the next 24 hours. 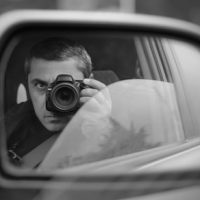 The available spy cards are an awesome assortment of current and former CIA agents such as George H.W. Bush, Valarie Plame, David Koresh, Frank Sinatra,  and Carrot Top. Each card has a spy value that varies from agent to agent. The protection cards also each have a variable defense value which must have an equal or greater value than the spy card the other player casts to gain access to all of your personal information. Common cards in the defense deck include Kidnap Eric Braverman, become an honorary assassin, and ‘I know who shot President Kennedy.’ There are also several obscure defense cards which can only be found by those who attain CIA Go master status™. These include the special addition cards consisting of ‘I own the media,’ ‘take a ride on the Lolita express,’ ‘Barack Obama wiretapping specialist,’ ‘The Russians did it,’ and the grandest card in the deck….the all-powerful ‘Wikileaks’ card which can be used over and over again to the players content. It blocks any spy value available to other players, forces your opponent to delete any Clinton family cards from their individual portfolio, and can only be played in conjunction with an ‘Elvis Presley’ spy card and an ‘Afghanistan poppy field purchaser’ protection card.

Once play begins the CIA will immediately remove the encryption from your personal files and have that information ready for any player that produces a spy card against you. Once the spy card has been placed you can block it with a protection card within 3 minutes. If you fail to do so, or if you cannot produce a protection card with an equal or greater value than the spy card all the information the CIA has collected on you will be released to your opponent, ‘CIA style.’ This information includes and is not limited to your age, birthdate, social security number, favorite beverage, your entire library of received or sent text messages, recording of incoming and outgoing phone calls over the last year, your last urine sample, photos of you taken from your television set and/or microwave, and the codes which will allow other players to control your car through their iPhone.

When asked why anyone would risk all of their private information in a game former CIA head, John Brennan, stated,

We already have it all collected and will use it however we want anyway. There really isn’t any additional risk. Also we are only playing in America. The only thing Americans like better than protecting their private information is using someone else’s private information to destroy them.

Once the game is downloaded you will instantly be charged the $4.99 per month to play from any of the assortment of credit cards the CIA has on file for you. You can cancel at any time but your account will remain open and hackable until your entire portfolio of cards has been used.

Becoming a CIA Go grandmaster is a difficult task for anyone. We recommend Spending several days collecting defensive cards prior to attempting any battle. Don’t be disheartened if someone defeats you in battle and earns all of your most private secrets as, according to former secretary Brennan, “We’re gonna use this information to destroy your life eventually anyway”.

You may as well have fun with it, right?