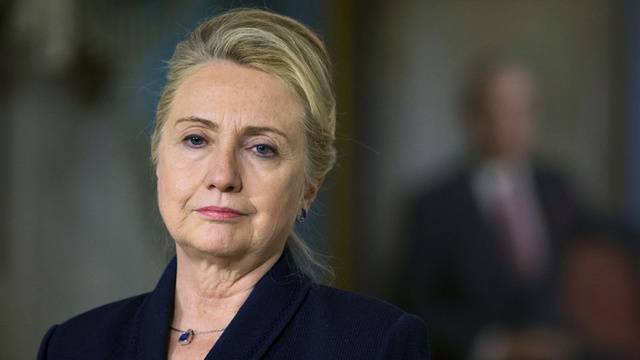 The President of the United States has always been a target for comedians.  Chevy Chase as Gerald Ford falling down stairs or Will Farrel As George Bush on SNL, all the way back to the cartoons about Abe Lincoln in the New Yorker, poking fun at the president has always been fair game.  There are concerns among comedians that a Clinton presidency will change all that.

Clinton seems to be utterly humorless.  While there is a tremendous amount to make fun of, there is no understanding of humor on the part of Hillary herself.  It’s as if she wasn’t issued a sense of humor at birth and never developed one later.  Her idea of a joke is typically something she had other people write for her.  They’re seldom funny, and her delivery lacks timing and style.  Why does that make comedians fear her as president, though?

Clinton has the quintessential resting bitch face.  You can tell she’s struggling every time she smiles.  That, and the fact that she takes jokes seriously pretty much always.  These things combined with the fact that she’s demonstrated her willingness to use the FBI, the IRS, and the DoJ against her enemies, and the picture of why comedy may take a vacation during her presidency starts to become more apparent.

We reached out to a good number of comedians, but none would comment on the record out of fear that she may win.  One did say, “That woman just looks like the type who’d get power and use it to beat anyone over the head who said anything she didn’t like.  Her dead eyes just scream ‘bully.'”  We can’t disagree.  Our staff writer, Roy, tells us that the Clintons may have a long history of eliminating their competition and anyone who ‘knows too much,’ but some of the things Roy says seem a little out there.  He’s all about conspiracies.

While we don’t like to pick candidates here (except for Roy), we can say that we hope it’s not her who wins, specifically for comedy’s sake.