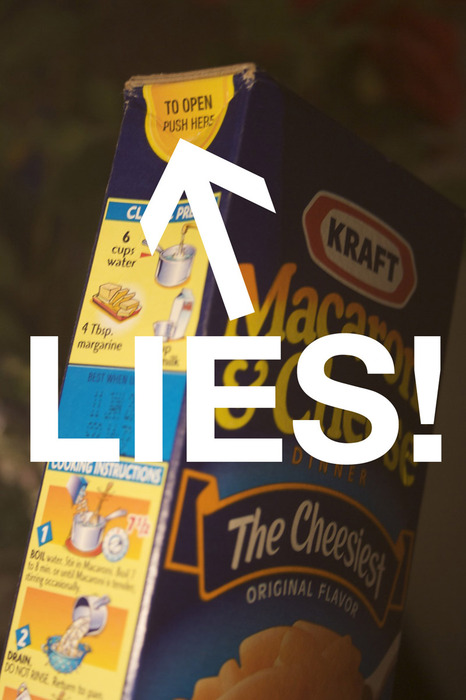 Macaroni and cheese is a popular food item.  Most people prefer a homemade concoction of cheeses and pasta, but many companies make instant or simple versions of this dish for the do-it-yourselfer.  Kraft is one of those companies, and arguably the most popular.  Despite its utter lack of taste and absence of nutritional value, it is consumed by the ton on a daily basis, but does that convenience have a dark side?

According to the CDC, suicide is among the leading causes of accidental death in most age categories.  Even though we don’t know how the CDC can say something done on purpose was an accident, we assume they know more than us because they’re the government.  In 2013, the 10th leading cause of death among 35-44 year-olds (bottom of column 7 in the above image) in the US was listed as “Suicide KRAFT.”  We were curious so we did some digging.  What we found shocked and appalled us.

As it turns out, Kraft (recently merged with Heinz) manufactures a product called KRAFT Macaroni and Cheese Dinner, which comes in an ‘easy open’ box.  As it turns out, this is anything but true.  We spoke with Dr. Sharon Weed of the National Suicide Prevention Service about this all too common issue.

The KRAFT company, for whatever reason, has chosen to label their boxes ‘easy open.’  This causes people who are unable to open the boxes to feel worthless and question their entire existence.  We get new cases of attempted suicide on a daily basis, all attributed to Macaroni and Cheese.  Too many succeed, and we never get to help them.

She went on to state that the real issue is one of self esteem, and she believes that KRAFT has blood on its hands.

KRAFT was dismissive of the complaints, and the suicides, stating, “There is no evidence that our easy open boxes are anything but ‘easy to open.'”  Dr. Weed, however, remains sedfast in her assertion that KRAFT culpable.

It doesn’t surprise me that they take no responsibility.  Corporations only care about the bottom line.  People can’t be expected to just know how to open these boxes.  My son Otto was a victim, which is why I specialize in this field.

We intend to follow developments in this case, as well as contact legislators to raise awareness and possibly have some legislation drafted.  We have no idea what that legislation might say, probably something about actually making the boxes easy to open, but we do feel something should be done.

America can’t be great when it can’t open the Macaroni and Cheese box.