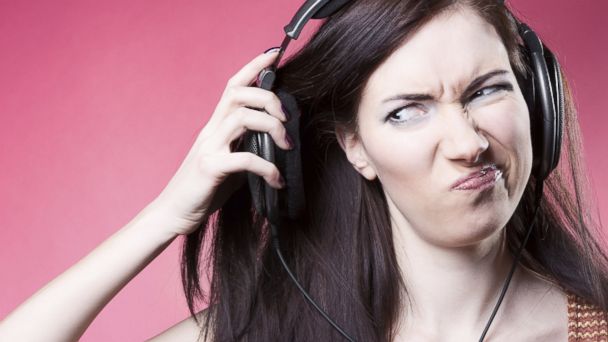 The ability to hear for many is considered the most valuable of the senses. To hear the voice of a loved one or a favorite tune can lead to a wide array of emotions and feelings. To hear the sound of danger can save a life or alert us to trouble in the middle of the night. The sounds of the birds in the morning or the crisp falling water of a waterfall can relax or soothe the greatest beasts within us all.

Most of us would do anything to protect and preserve our hearing from anything that could cause harm. Recent research from Potuncky University in Rawtland Hills, Kentucky gives us some new insight on our ability to hear and the things that affect it adversely. It was a study intended to discover harmful effects to our ability to hear but found something even greater. Some tones do the opposite. They actually improve and repair our listening abilities.

Dr. Bajanhki Sinjaki conducted the studies on over one hundred participants attempting to find the most harmful tones in music. His intention was to root out tones and voices that were most harmful and learned during the process that some sounds actually improved our hearing.

When observing our participants prior, during, and after listening to certain songs and voices I have found direct evidence that leads to a new understanding of the recuperative abilities of the sensors that capture and transmit sounds in our heads. We have developed a scale to rate these sounds and will petition the powers that be in the music industry to add labels to all recordings letting the consumer know where these artists are on this scale. 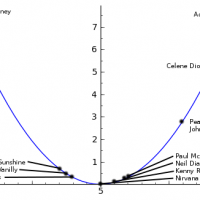 Dr. Sinjaki’s scale, which is named after him as ‘B.S.’ units, is easy to understand. It rates the effects on hearing on a scale of 1 B.S. to 10 B.S. A rating of 5 B.S. has no effect whatsoever, while a rating of 1 B.S.  has the most recuperative power. A score of 10 B.S. has the most negative effect and should be considered dangerous.

As we look at the results as they pertain to certain artists some surprises exist. Take for instance the Beetles. Their albums lie at a range of between 3-5 B.S. yet John Lennon’s solo work was much higher in B.S. averaging nearly 7 over the entire body of work. Paul McCartney was also high in B.S. with an average of 5.8 overall of his solo work but did not reach the levels of Lennon.

Many of your other favorite artists are high in B.S. also. Eddie Vedder and Pearl Jam average a 7 B.S. while their former Seattle counterparts Nirvana average a 5 B.S. Even some easy listening artists can be considered harmful. Kenny Rogers scored a 6 B.S.while Neil Diamond scored a 5.5 B.S.

By far the most dangerous sounds to our ears were recorded by women as most of us would have predicted women are much higher in B.S. then men. Adele who’s screeching melodic tones have earned their way into our hearts also earns her the distinction of being higher in B.S than anyone else listened to by our test group with a full 9.8. Every time you listen to her B.S. you are putting your sense of hearing at great risk. Celine Dion comes the closest by scoring an 8 on B.S. and with a little.more volume could rival anyone in B.S.

Some of the most interesting findings are those musicians and bands that scored low in B.S. which actually has healing effects to the listener. Among those lowest in B.S. would be The Eagles who scored an even 4 B.S, K.C. and the Sunshine Band with a 3.8 B.S., Milly Vanilli with a 3.6 B.S. and Honey Honey with a pure 1.0 meaning listening to them is actual therapy for your ears.

Dr. Sinjahki’s scale has shown that we are always in control of our own ear health. We all need to make the decision to put down those Adele tunes and instead give our ears the gift of Honey Honey. The world will be a much greater place.

Scientists Recommend Easing Back Into Work After Holidays