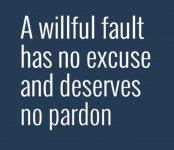 The Clinton scandal is just about all we see these days.  Her defenders are toeing the party line saying it’s not a big deal, it was an honest mistake, it was Russian hackers so it doesn’t count, etc.  Her detractors have said literally everything from ‘she should be in prison,’ to ‘she supports pedophiles,’ to ‘she is a pedophile.’  The extreme views share only one common thread and that’s Hillary’s scandal-plagued past, present, and if the first two are any indication, future.  She just can’t seem to keep her nose clean.

The media would have everyone believe that a Clinton victory is all but guaranteed and that everyone should just stay home.  It’s clear the establishment wants her because they know she’s their candidate.  She’ll continue to sell the liberties of Americans and the lives and natural resources of middle-easterners to the highest bidder.  Bankers love her, oil executives love her.  In fact, the only groups of voters that will vote for her and not against Trump are people who vote ‘party line’ and never read a word that didn’t come from Occupy Democrats. 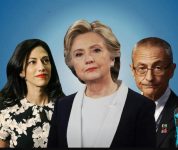 But what does a Clinton redux white house look like?  Will she be mired in hearings and proceedings as a result of all the filth that’s coming out, or will she be given a pass and pardon all of her friends and staffers caught up in this mess?  If she’s elected and something horrible is found in the files, there is a specific set of steps that must be taken, but those steps are far from clear.  First, she would need to be impeached by the House of Representatives.  That’s a time-consuming process in and of itself.  After impeachment by the House, assuming you get it, the Senate needs to remove the president from office.  This is the same Senate that has difficulty voting on budgets (they still haven’t passed one since 2008).  Only after all that can a president be indicted, and the courts have never really agreed on even that.

What if there were another way?  What if Director Comey knows something that he can’t say?  His decision to stand down was not his, but the DoJ’s.  There are reports that the agency is on the verge of a mutiny if they’re not allowed to do their jobs and bring criminals to justice.  Suppose, for a moment, that Director Comey knows Hillary is not going to win.  What does that world look like?  In that world, he’s allowed to take his time and do it up right.  He’s allowed to put the right agents on the case and DoJ won’t stand in the way.  In that world, there will be no pardons.  The guilty will not go free.  In that world, the Clintons will be forced to flee to their $200 million Maldives mansion for fear of prosecution. Perhaps Director Comey knows what he is doing.  Perhaps this is the only way he can force the corrupt system to actually punish Hillary and her cohorts for their misdeeds. Perhaps he is not willing to take a chance on charging her with a multitude crimes now, only to have President Obama give her a full presidential pardon before he leaves office in January.  Maybe, just maybe, waiting until the new president is inaugurated to avoid a pardon is the only way Director Comey can see justice served. 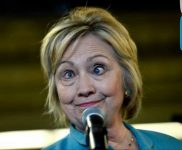 How did it get to this point?  Her corruption is so profound that she is on the cusp of losing to a mostly political newbie real estate magnate/ reality TV host. She is a twisted career criminal who has been repeatedly caught red-handed yet, mysteriously, never convicted.  This country needs to do some soul-searching.  Collectively, we have all shown our worst sides if we have taken a side in this fight.  We just hope the FBI will be given the opportunity to do what it’s supposed to do.  The leadership of the DoJ may be wildly corrupt, but most of the men and women who joined the FBI did so to make a difference.  We need to let them.

What Is The Ars Notoria – Gateway to illuminated powers of...