Home Safety Your Office Chair May Be Trying to Kill You 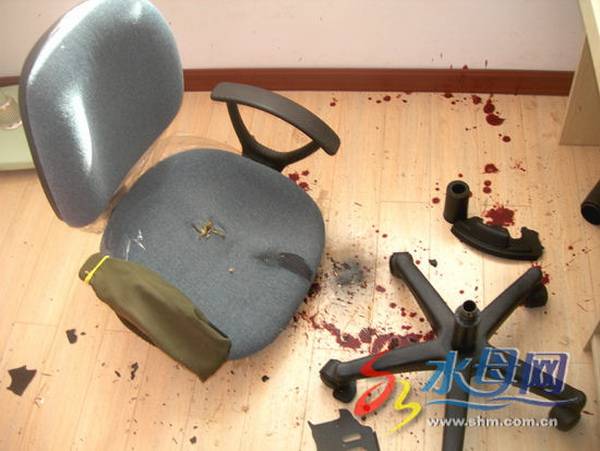 Odds are, you’re sitting in an office chair at this very moment.  Odds are you know very little about that chair.  You probably don’t know where it was made, by whom it was made, or how it was made.  You probably don’t even know what all the controls do.  For instance, what’s that knob under the middle for?  You’ve turned it 20 times, and it doesn’t seem to do anything.  Once in a while, you bang on one of the levers with your foot and nearly flip backward because the chair has a recline feature you didn’t know existed.

Did you get a manual with your chair?  If you’re like most people, probably not.  Not knowing who made it leaves you in a difficult spot as far as searching the Internet for answers.  Quite frankly, more than three levers is enough to make most people shut down in confusion.

The truth is, office chairs are like other goods.  They’re only as good as the company who made them, and many of those companies make inferior products.  One company, in particular, made a chair recently recalled by Office Depot which had weak welds causing the chair to collapse resulting in severe injuries, and in one case, a hip replacement.  Yes, she was from Texas, but that doesn’t necessarily mean she was huge.

Still, other chairs have exploded and killed their occupants.  Others have caused severe rectal trauma when the pressure rod shot through the middle of the chair, straight into the ill-fated occupant’s posterior.   You read that right.  Severe rectal trauma.  Is that what you want to be written on your tombstone?

So, how much do you know about your chair?  Can you really afford to sit in something you know so little about?  If you can’t answer these questions, you’re better off sitting on the floor or a log while you figure it out.  Don’t even get us started on the couch you probably just sat on out of fear.  It’s not much better.