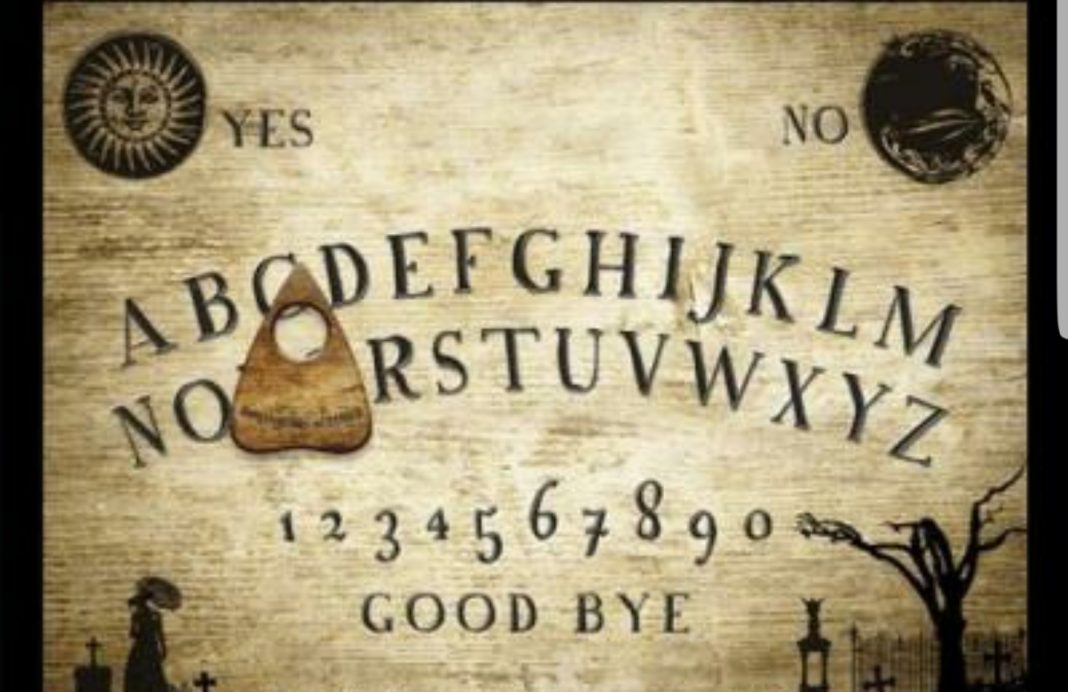 Lets all be honest for a moment….. We all want to play with our Ouija boards but can not seem to get around the irrational (or rational) fear that spirits will be released and conquer our will to live. We have all heard countless stories of game boards jumping out of fires or the stylus jumping off active boards and flying through windows. The spirit world is nothing to mess with but some are trying to take the power back.

The Parkers Bros. Corporation which owned the rights to Ouija boards for decades never allowed the secrets out as to how they got the spirits into their game boards. Hasbro, who purchased Parker Bros. In 1996, has been just as tight lipped but insiders have begun speaking under condition of anonymity. Though these unnamed sources have not divulged the process in which demonic entities are forced into each board they produce they have begun speaking on how to protect ourselves once we pick up the stylus and summon these spirits..

From the information we have gathered, demonic spirits are much like everyday people. A simply “No demonic spirits” sign hung in the same room in which the board is being used will keep eager spirits from jumping out of the board and haunting you and your family. Spirits have no ability to get around these signs especially when drawn with a Sharpie® Spirit™ Marker with special spirit reducing technology.

We know what you’re thinking. We can’t possibly make signs prior to using our Ouija boards. Most people are like me and have no time for this. We have some great ways to protect ourselves once that spirit is released.

We hope these tips help keep you safe and poltergeist free this Halloween, as well as during seances and awkward attempts to get into the creepy, satanist girl’s pants.

Chipotle Roulette – Because We Know You Can’t Resist