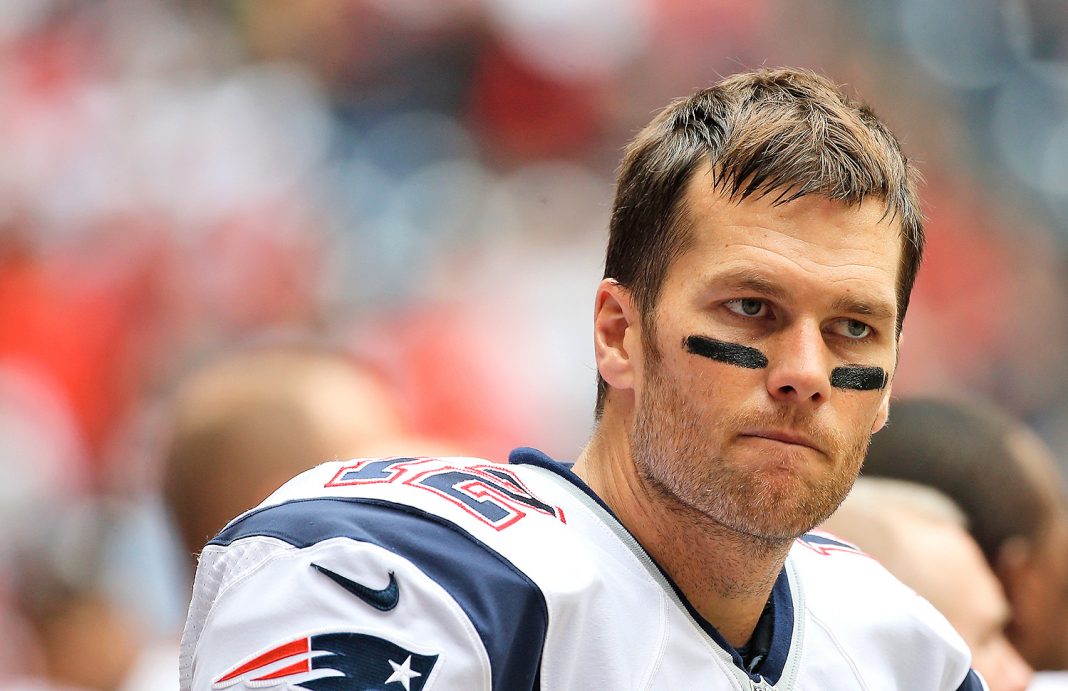 QUINCY, Mass –  Times just continue to get more difficult for Tom Brady. Arguably the greatest quarterback in the history of the NFL finds himself embroiled in scandals that purport to show he and his New England Patriot teammates knowingly and willfully cheated their way to several SuperBowl championships. Tom has continually pledged his innocence on the field of battle but new accusations look to take the bloom off of the rose.

It was just a night like any other. My parents came for dinner and we decided to get out Scrabble to loosen the mood a little bit. My parents have always been skeptical of Tom and were watching him very closely. I still cant believe he tried to get away with this. – Giselle

According to the police report and 911 call sometime around 9:30 Tom was spotted looking under the table. Family members, acting quickly, pulled up the tablecloth to find Tom’s phone on a scrabble cheat site.

I have always known he was a cheater. He always wins at horseshoes because his foot is always over the line. You can’t bowl with him because he is always “mistakenly” marking spares when pins are still standing. Sometimes he even forgets to yell ‘Uno.’ He is just no fun to play with. – Giselle’s Dad

According to family,  Brady became combative after being accused of cheating and began yelling at his father in law.

What was I supposed to do with “EATHCRE”? I couldn’t possibly use these letters in a word. I needed to find something. I didn’t know websites were against the rules. My father in law is no longer allowed to bring his cane into my home. – Brady

Mr. Giselle takes his scrabble serious and was not going to allow the shenanigans of Tom Brady ruin game night.

By rule 8-2.3c of the standard scrabble players rule guide any accusation of cheating must be met with a group vote. Tom denied our right to vote. He had no right to deny my challenge so I whacked ole’ deflated balls with my cane. -Giselle’s Dad

The NFL denied our requests for comment and stated only that this is an ongoing investigation. According to NFL insiders, this may finally be the straw that broke the Patriots back.

Vegas Gives 3:1 – Tom Brady is Caught Cheating in this...